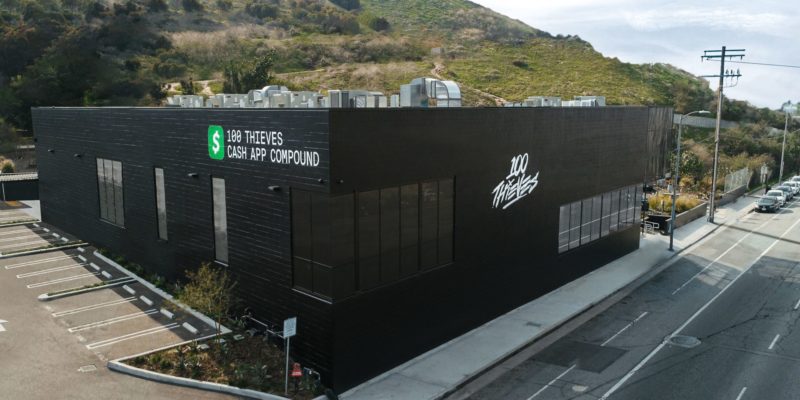 North American esports organization 100 Thieves has unveiled its headquarters. The facility was previously announced after the lifestyle brand raised $35 million in its Series B round, led by New York growth investment firm Artist Capital Management.

“The 100 Thieves Cash App Compound is the product of our vision to build a new category of company – a lifestyle brand born from gaming,” said Matthew “Nadeshot” Haag, Founder & CEO of 100 Thieves, in a release. “Los Angeles is the epicenter of esports, entertainment, and fashion, which are the three pillars we founded the company upon, so this is the perfect home for innovating on what an esports organization and lifestyle brand can be. I can’t wait for our fans to experience the Compound.”

The headquarters feature areas for esports training, video game live streaming, content production, fashion design, and a retail storefront for apparel drops. The 15,000 square foot facility is the largest esports team facility in the United States. It is located in Culver City, an industrial area home to other companies in the creative space like Nike LA and Beats Electronics.

The title sponsor for the facility is Cash App, a mobile payment service developed by Square (NYSE: SQ). It has partnered with the 100 Thieves on an expansive sponsorship deal, which covers the the newly announced headquarters, esports teams, content, jerseys, and other major partnership moments throughout the year.

With only two years of history, 100 Thieves has already become one of the top 10 most valuable esports brands in the world. The company has raised $60 million in funding to date, with investors that include Sequoia, Ludlow Ventures, Courtside Ventures, Green Bay Ventures, Tao Capital, and Advancit Capital.