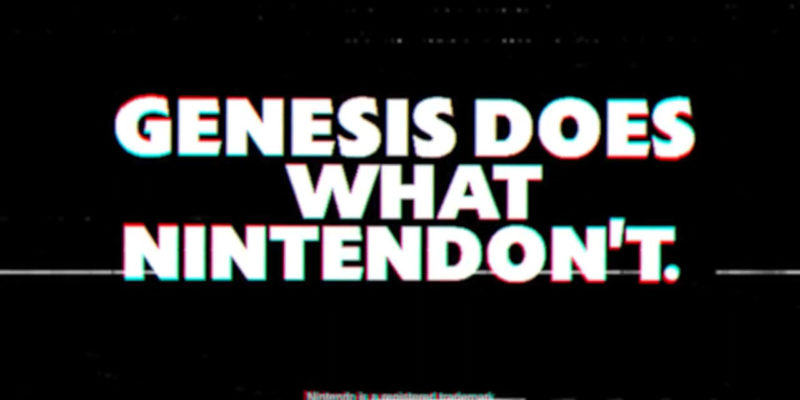 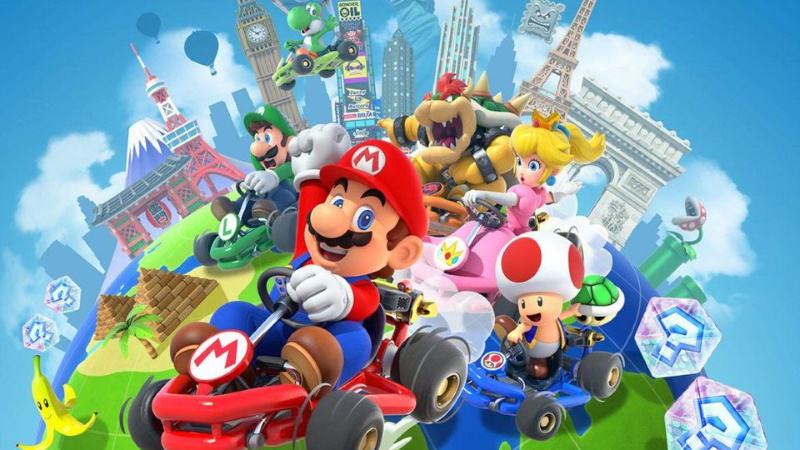 Don’t mean nothing
Left them something
Worth fighting for
It’s a beautiful war
– Beautiful War, Kings of Leon

I don’t mean to be dramatic right now. In the gaming industry, there is an all-out war going on right now that is overshadowed by the TV and movie business. I would argue (given the gaming industry is bigger) that this one is more important for the future of content consumption, but the simple reality is that most of us touch services like Netflix more than Apple Arcade yet. A new generation of platform war is upon us. The tech giants (Facebook, Google, Apple, Microsoft, Amazon??) are stepping into the world of gaming distribution and fighting for their share of the pie. The thing is, these giants are used to owning, winning, and controlling their share of the pie. Each has built effectively a monopoly in its own special product category and built their business on winning.

This time the battleground is in the world of digital and not in the world of physical. To really have a look at this, lets peel open our history books and take a brief crash course on the history of ‘console wars.’ Because during a console war, there is no better time to be in the business of creating content.

Let’s peel back the onion on game consoles real quick 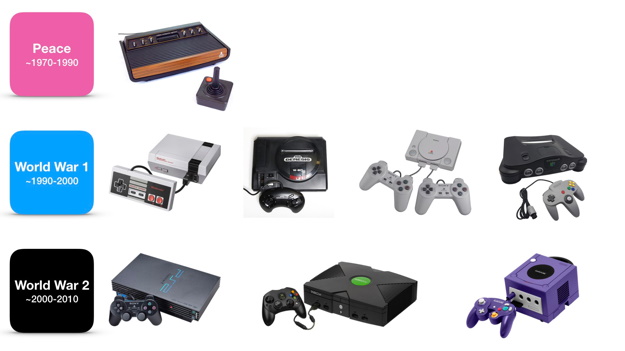 There were a few precursors to the first real console, but at the end of the day the first real stake in the ground was created by none other than Nolan Bushnell at Atari. The Atari 2600 was released in 1977 and was a starting point that would lead to initial chaos in the world of consoles. The success of the 2600 would lead all sorts of companies from Mattel to Nintendo to start their work in the world of consoles and bring to light the idea of a home video entertainment system exclusively for gaming. Perhaps most importantly, it set the stage for the console era that was just a decade around the corner – an era that would cement Nintendo as a global leader in gaming.

By 1989, Nintendo would be at its peak of the gaming market with the original NES, the release of the Game Boy, games like Mega Man, Super Mario, and Zelda, and just about no competition. Until of course, Sega came along with the Genesis and their famous as proclaiming Genesis does what Nintendon’t.

While Sega was brash in their marketing and found domestic success in the good old US of A, they were never able to compete with the next generation SNES Nintendo console on the global level (Nintendo would sell 49M SNES units globally). It really was just the precursor – the Franz Ferdinand of WW1 of the console wars if you will. The real war was just around the corner with soon-to-be Japanese arch rival Sony.

Sony and Nintendo had been working on putting an agreement in place for a CD addition to the SNES, which would end up failing and leaving both companies on poor terms. Sony would turn around and build a video game console around their CD technology called PlayStation which would be released in 1995, and be the first console with CD capabilities. A year later, Nintendo would introduce the Nintendo 64, and the war officially began. The key for Sony was locking down a variety of content titles to compete with incumbent Nintendo franchises like Metroid, Mario, and Zelda. In the end, Nintendo would sell 33M units of their N64, which would pale in comparison to the 102M units that Sony would sell of their PlayStation, cementing their position as the number one hardware solution for gaming. WW1 of the console wars was officially over, and Sony had won.

World war 2 of the console wars would be marked by Microsoft entering the game with their Xbox to compete with Sony’s new PS2. I can clearly remember this time as a time where people either became a ‘Xbox’ person or a ‘PlayStation’ person. It was an excuse to socialize, though, because if you were a PlayStation person, you couldn’t wait to go over to your buddy’s place to play Halo. Sony was clever, though. They integrated a DVD player into their console and made it less expensive than many pure DVD players on the market. It was a clear case of using hardware prowess to cement market advantage. Sony would sell 150M units worldwide with great titles to back it like Grand Theft Auto 3 and Gran Turismo 3 A-Spec. Meanwhile Xbox and the Nintendo GameCube would sell little over 20M units over their lifetimes. The two giants would go head to head with each other and Nintendo over the coming decade with new console iterations, dedicated titles, and marketing.

What can we learn from the wars of past?

At each point in time, the console wars were marked by a tech giant entering the gaming industry with a bold stance to aggressively capture it. The first was Sony attacking Nintendo. The second was Microsoft attacking both.

At a glance, the console wars of old were founded and built on the distribution medium. Sony cemented itself as a leader by continuously making bold bets on the future of the distribution medium. With their PlayStation 1, it was CDs; with PS2, it was DVDs; and with their PS3, it was Blu-ray tech. Today, the ascendance of each distribution medium seems very obvious, but at each point there was a lot of uncertainty as to the future way to distribute content. Sony understood the console not only as a video game machine, but as a central device to every living room. They made a device that was more mainstream, and the sales treated it as such. It was a brilliant strategy from the outset to own the living room, and own it with the kids of the parents asking for a game console – why not get the one that can play DVDs as well?

Of course, we can’t ignore the other side of the coin as well: content. Sony was prodigious in their ability to bring in very high quality game franchises to their platform. Games like GTA3 and Gran Turismo were monster game titles that helped sell the console. Sony was an excellent case study in understanding the psychology of the ultimate decision maker from a monetary perspective (the parents) and executing on a strategy to own the living room. It was brilliant.

How does this relate to today? 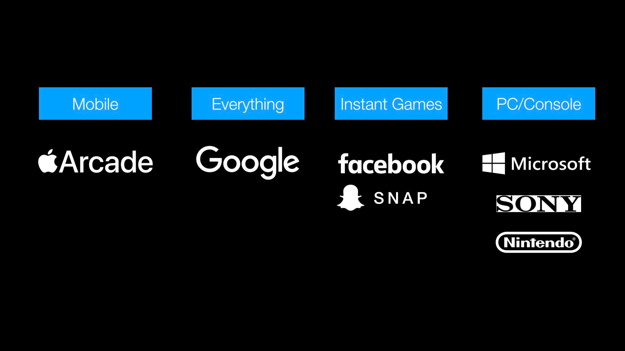 Again, it boils down to the big players making educated bets on the future distribution medium. Apple is betting that the medium is going to be through their App Store on phones. Google is betting that it’s on any device period, and Microsoft looks to be working on something similar. Nintendo has bet that you just want to take their hardware with you if you want (Switch) and are utilizing mobile platform for some of its key IP (like Mario Kart).

At a glance, it looks completely different from the platform wars of old. In reality, it is, and it isn’t. This battle isn’t being fought on a hardware battleground, it’s being fought on a digital background. But the same rules apply. If we look at how Sony approached this battle years ago, their stance was to own the living room. Own the customer. There is currently one player making a strategic bet on that premise: Apple. Own the customer from top to bottom, and end to end. In my view, if they are indeed following the Sony playbook, then Apple Arcade is really just the tip of the iceberg of a multi-year deliberate strategy to own the customer.

Now, this has a profound effect for creators of content. Behind the scenes, there is more money available from platforms for content creators than there has been for a long time. We’re back to the good old days where platforms are fighting for quality content, just like the movie/TV show giants (Netflix, Hulu, Disney, etc.) are. This war is just beginning, and expect it to – for now anyways – be a strong boon for content producers behind the scenes. We’re really just in the first inning of this battle.

In December they brought on Keyvan Peymani as their Executive Chairman (the former head of startup marketing for Amazon Web Services and a former VP ant Warner Bros and Disney) as they began to scale their platform to new games. They allow players to win real-life rewards while playing in-game, and can be integrated into any Unity-based game.