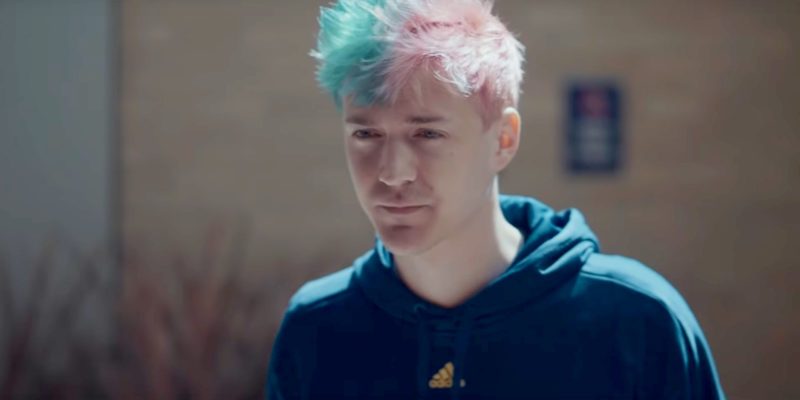 The collaboration, which Adidas describes as “multi-year” partnership, will develop products “in either the physical or virtual world.” No products from the line have been officially revealed yet, but 100 Thieves founder Matthew “Nadeshot” Haag revealed on Twitter that a black and gold shoe box with Time In branding had been delivered to his house.

The Adidas partnership is Ninja’s first collaboration with an apparel company, but not his first sponsorship deal by far. The streamer has repeatedly teamed up with Samsung, appearing in televised advertisements and promoting the company’s collaboration with Epic Games, including in-game Fortnite promotions for Samsung products. Ninja also entered into a partnership with Red Bull in March, a collaboration which saw his likeness being printed on cans of the energy drink.

This is not Adidas’ first partnership with a gaming community member. In 2018 the company partnered with North, the Danish Counter-Strike esports team, who played in Adidas jerseys for the 2018 season.

In February it was announced that Nike would outfit the League of Legends Pro League, China’s largest esports competition. The partnership will result in the production of official apparel and sneakers. Pro League players are expected to wear Nike-designed team jerseys at the League of Legends World Championship in Paris starting in October. The deal is set to last until 2022.

At the beginning of the month, Ninja announced that he was leaving the Amazon’s (NASDAQ: AMZN) Twitch streaming service to appear exclusively on Microsoft’s (NASDAQ: MSFT) competing Mixer.