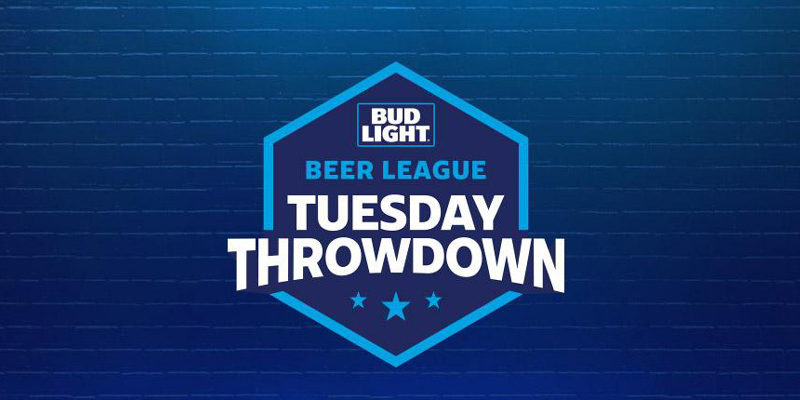 It turns out soft drink makers like PepsiCo’s Mountain Dew brand aren’t the only companies to invest heavily in esports. Anheuser-Busch (NYSE: BUD) is another non-endemic brand – a brand that isn’t closely related to gaming or esports – is looking to make its products the “official beer of esports.”

Similar to PepsiCo, the beer maker has had difficulties engaging with young consumers. Although the Bud Light brand can grab a ton of attention by hosting large scale events, like giving away cases of beer to a city if their team wins the Super Bowl – or more recently, a free can of beer to any alien who escapes from Area 51 alive – young adults simply aren’t very interested in beer.

That’s were esports comes into play. Joe Barnes, director of experiential marketing at Anheuser-Busch InBev, spoke to VentureBeat about how the company is investing in esports in the hopes of cornering the market before rival companies get the same idea.

Experiential is the “big lever” when it comes to esports

Barnes leads Anheuser-Busch’s sports sponsorship strategy, which includes experiential marketing for esports, soccer, and our emerging properties, which includes women’s sports and fighting among other things.

However, he explains that one of the biggest challenges in engaging with the esports audience is that it doesn’t yet have in-person and communal establishments the way traditional sports do. While it’s relatively easy to walk into a sports bar, watch an NFL game, and order pitchers of Bud Light, there’s no equivalent in esports.

Therefore, Anheuser-Busch is using experiential as a “big lever” that it is trying to pull. That means going to high-profile events and engaging with communities directly to introduce them to Bud Light.

“As crazy as it sounds, a lot of these consumers that are becoming the 21-27 year old are growing up without drinking Bud Light, or beer at all,” said Barnes. “Their main drink is Red Bull, energy drinks. We’re trying to bring in these beer occasions to esports, just like we’ve established 100 years ago within traditional sports.”

The company has its work cut out for it, since it’s a non-endemic brand that seems to have a low value proposition in esports. It doesn’t improve reaction speeds or keep players awake during late-night gaming sessions.

Additionally, the company is relying heavily on its Twitch channel to reach young viewers, but it must be age gated so only audiences age 21 and over can participate. But at the same time, Bud Light can host amateur esports tournaments for prizes, sometimes with a chance for the winner to break into the pro leagues.

Anheuser-Busch is also the official beer sponsor for the Overwatch League. As part of that campaign, it hosts a Bud Light Happy Hour each week featuring two hosts that talk about Overwatch games for 20 minutes, essentially making it a “SportsCenter of Overwatch League.”

How esports compares to traditional sports

According to Barnes, esports fans share some similarities with traditional sports watchers. There are passionate supporters and there are casual gamers. However, he notes that there is also a big crossover where professional sports players are also playing video games in their spare time or on Twitch. Those players partnered with Bud Light are another means of reaching gaming audiences with possible esports promotions.

But as far as picking the right games to back, Barnes admits that there’s no one league that will be a “silver bullet for an esports strategy.” Engaging with esports audiences requires multiple partnerships. To date, Anheuser-Busch has already announced deals with the Overwatch League, Tekken 7, and the NBA 2K League. The company is also working with influencers who play key games to reach consumers.