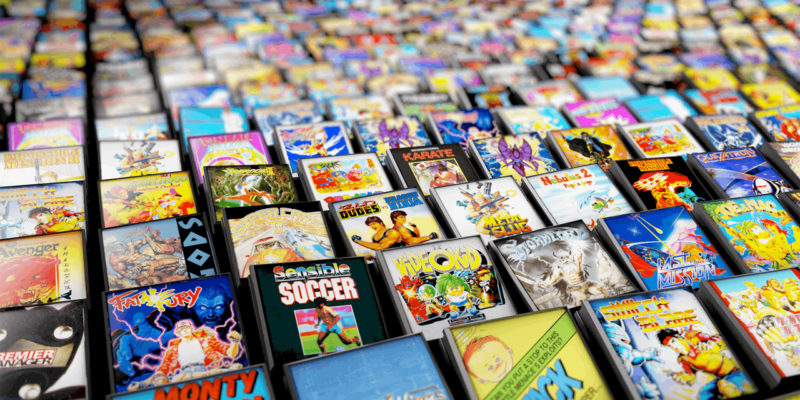 Antstream was initially funded through crowdsourcing platform Kickstarter in May, raising £70,301 (about $87,443 USD). The service soft launched in the UK earlier this month, offering subscribers access to over 2,000 retro titles from studios including Codemasters, SNK, Data East, and Arc System Works. The company is keen to expand to the US by the end of the year, and is also considering a launch in Asia, especially Japan, for the near future.

Streaming is the future of gaming and the feedback we have received from our fans and early adopters has proven the point, they love it. We are truly privileged that Tencent recognized our potential by investing so early in our journey. The company is synonymous with gaming and we are proud to be part of its family. Tencent has given us an incredible endorsement of our plans at Antstream Arcade, and we are delighted to lean on the support of its team as well as Hambro Perks to bring the joy of retro gaming to modern devices and new audiences.

Subscription and streaming services are on the rise across the games industry. In its fourth quarter earnings report for the fiscal year 2019, Microsoft (NASDAQ: MSFT) reported that its gaming sector was showing decreased revenue overall due to flagging hardware sales, but record high numbers of subscribers to its Xbox Live and Game Pass services. European market research company GfK recently revealed that in Germany, subscriptions to such services nearly doubled over the course of a single year, soaring from €179 million ($200 million USD) in 2017 to €353 billion ($395 billion USD) in 2018.

Third-party publishers such as Electronic Arts (NASDAQ: EA) and Ubisoft (OTCMKTS: UBSFY) are beginning to expand into subscription services for their own catalogs, namely EA Access and Uplay+. Google’s all-streaming platform, Stadia, launches in November.

Nintendo (TYO: 7974), Sega (TYO: 6460), Sony (TYO: 6758), and Konami (TYO: 9766) have all attempted to break into the retro gaming market via the “mini console” fad from the last few years. Mini consoles are small versions of classic video game hardware from the ’80s and ’90s that have been updated to be compatible with modern televisions and pre-loaded with a curated selection of classic games.

Nintendo released the NES Classic Edition, a mini version of the Nintendo Entertainment System, in November 2016, and the SNES Classic Edition, a mini Super Nintendo Entertainment System, in September 2017. Both systems were produced in the millions, and sold old nearly as soon as they were made available. Production of both systems has since been discontinued. Sony released the Sony PlayStation Classic in December 2018, though to less fanfare than Nintendo’s offerings.