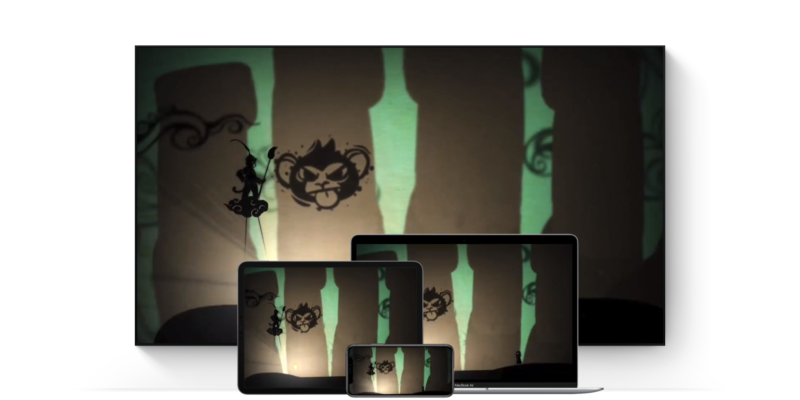 Subscriptions to the Apple Arcade, a new video game service launching this fall, will cost $4.99 per month according to 9to5Mac.

Guilherme Rambo, a reporter for the website devoted to Apple news, has been in the Apple Arcade early access program offered to Apple employees since last week. He wrote Monday that he had discovered a promotional message stating the service’s price and offering a one-month free trial. The $4.99 fee will apply to all members of a Family Sharing account, allowing up to six users to play more than 100 new games on their iPhone, iPad, Mac and Apple TV. All of the games can be played offline and will have no ads or microtransactions.

The initial games lineup advertised on apple.com includes the multiplayer fighting game LEGO Brawls, and sequels to the cyberpunk adventure game Beneath a Steel Sky and the action-adventure game Oceanhorn: Monster of Uncharted Seas.

The price and lineup shows Apple is targeting a more casual audience than rival Google, which is releasing the Stadia Founder’s Edition in November. The first version of the video game streaming service will cost $129 and includes a three-month subscription to Stadia Pro, which will upgrade game visuals and sound, and give members free and discounted games including AAA titles. The service will normally cost $9.99 per month.

Like Apple, Google is emphasizing the crossplay potential of its service with games available on laptops, desktops, TVs equipped with a Google Chromecast Ultra device, and Pixel phones.

More information on Apple Arcade is expected to be announced next month.