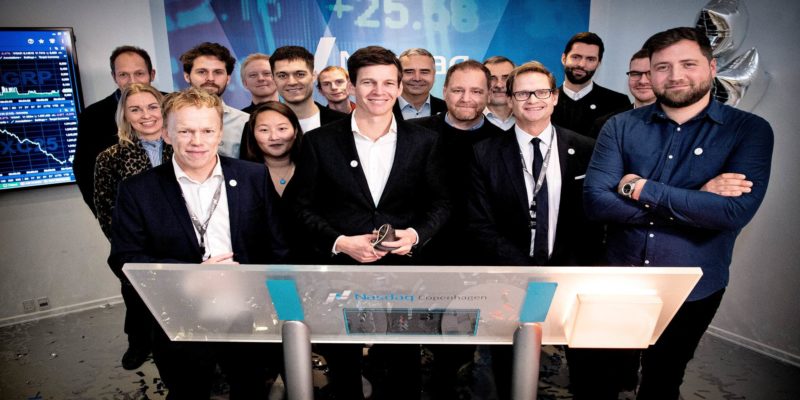 [Part of our How To Invest in Video Gaming series]

Let’s revisit Astralis Group’s [ASTGRP:CO] official IPO launch. The parent company to teams Astralis, Origen and Future FC is now live under the ticker ASTGRP. This marks the world’s first IPO for a company that is purely an esports team. Enthusiast Gaming [EGLX:TSXV] previously went public in October 2018 and currently has over a $100M market cap, but it has both an esports/gaming media business as well as esports teams, and it is on the Toronto Venture Stock Exchange as opposed to NASDAQ. Astralis focuses only on its esports teams.

Shares in Astralis Group began trading on Monday in Denmark for DKK 8.95 (US$1.33) a piece. With a valuation of US$75.5 million, Astralis Group now has a listing on the Nasdaq First Growth Market Denmark.

So what does this all mean exactly? Let’s start by breaking down the numbers.

To give a little bit of background, the group’s CS:GO team, Astralis, is the top-ranked team in the world. Meanwhile, Origen competes in the League of Legends European Championship (LEC), the top professional league in Europe.

In November, Astralis Group released the prospectus for its IPO alongside a planned share subscription period. The goal was to raise DKK 125 million (US$18.5 million) to DKK 150 million (US$22.2 million) through the sale of 13.9 million to 16.7 million new shares in the company. Astralis Group stated that 41 pre-subscribers had entered binding agreements to collectively subscribe to 46% of the new shares. A subsequent release stated that the offering was “oversubscribed” as the company hit its maximum proceeds of DKK 150 million from the sale. This shows that there was a lot of pent-up demand in European markets for an esports public investment.

In regards to their use of proceeds, 50 to 60% of the money raised was to go towards securing league placements for Astralis Group’s respective teams in Counter Strike: Global Offensive (CS:GO), League of Legends and EA’s FIFA. The remaining funds would contribute to helping Astralis Group reach a broader international audience (15-20%), developing digital products (10-15%) and broadening its current brand portfolio (10-15%). According to the prospectus, Astralis Group’s revenue for the nine months ended September 30 was DKK 29.2 million (US$4.3 million). Sponsorships and tournament earnings made up two of the company’s key revenue streams at DKK 14.5 million (US$2.1 million) and DKK 11.4 million (US$1.6 million), respectively. Despite the income, however, the group’s EBITDA margin during this time period was -66.7%. According to the company, this was due to capacity costs, “investment in developing the business,” and Origen’s team establishment.

But why does this matter? These numbers, in combination with Astralis’ future earnings projections, paint a picture of trust going into esports investments.

However, the company’s EBITDA isn’t expected to reach the green again until 2021, at which point it’s projected to end up somewhere between DKK 0 million and DKK 4 million (US$0 to US$592,000). Despite an EBITDA that’s expected to be negative for the foreseeable future, Astralis Group’s valuation versus its revenues speaks volumes. A US$75.5 million valuation contrasted against US$6 million revenues in FY19 indicates a strong appetite for the esports market.

It also provides answers for a long-time investor question: what valuation would a public esports company earn? In the case of Astralis Group, this particular valuation justifies a near-20x trailing 12 months (TTM) gross revenue multiple. This lends even more positive sentiment towards the sector. The investment in Astralis is far from unsubstantiated, however; as previously mentioned, the company owns the top-ranking CS:GO team in the world. In turn, the group has racked up partnerships with endemic and non-endemic brands alike, including Audi, Turtle Beach and Logitech.

As the esports market continues to blossom, docketed to become a $1.1 billion market this year, once skeptical investors now seem to be getting on the bandwagon. Investor eagerness to get in on Astralis Group’s aforementioned share sale says a lot about fresh faith going into esports.

“We’re overwhelmed by the way the IPO has been received and we look forward to welcoming all new shareholders into the Astralis Group family,” Astralis Group co-CEO Nikolaj Nyholm said in a statement. “Being pioneers, we’re building on a strong foundation and this IPO enables us to invest further in building the world’s strongest esports media brands.”