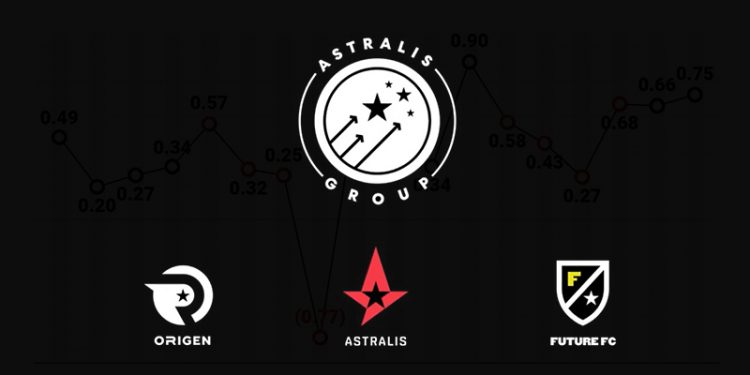 Astralis Group, the first pure-play esports organization to conduct an IPO, reported earnings this week. The company generated revenues of $3.28 million during the first half of 2020 (+18.6%). The increase in revenues was primarily attributed to sponsorship and league revenues. On a team-by-team basis, Astralis (CS:GO) accounted for more than two-thirds of revenues, while Origen (LEC) accounted for 25%.  Despite the increase in revenues, they still posted a $4.8M loss from Jan. 1 to June 30 of this year (compared to a net loss of $4.48 million in the same period last year).

“Our sponsor base was stable during the first half of the year, but we are now missing the additional revenues that signing new commercial partners along the original time schedule would have brought,” CEO Nikolaj Nyholm stated in the report. “With these deferred partnerships, our growth has been shifted to late 2020 and into 2021.”

While the pandemic caused every major US sports league to suspend its season, esports resumed relatively quickly. Leagues pivoted from competing inside venues to an online-only format where teams and production crews operated remotely. Despite any short-term struggles from large advertising downturns, the outlook for esports remains positive.

Our Take: Despite a lack of in-person esports events, Astralis was able to post respectable year-over-year growth. This bodes well for esports teams as a subsector, many of which raised private financing rounds at fancy valuations.