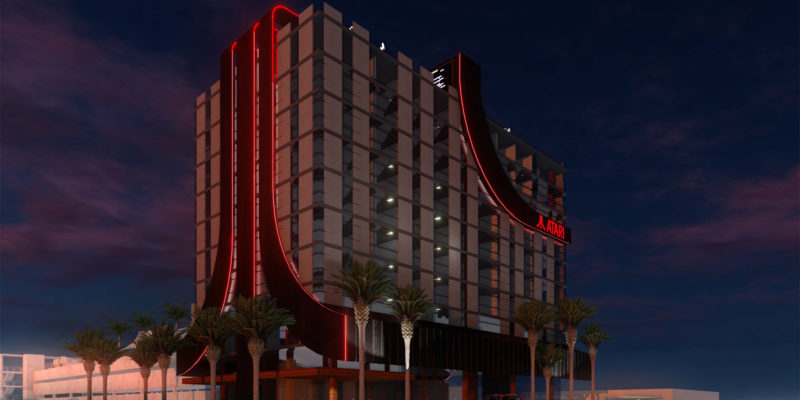 Atari has become the latest example of non-endemic investment in the video game industry. According to a company statement (via NBC Chicago), the legacy gaming brand plans to open eight Atari-themed hotel locations across America.

The release describes these hotels in greater detail as “hotel entertainment with fully immersive experiences for every age and gaming ability, including the latest in VR and AR (Virtual and Augmented Reality).” “Select hotels will also feature state-of-the-art venues and studios to accommodate esports events.”

Fred Chesnais, CEO of Atari, expressed excitement. “We are thrilled to partner with GSD Group and True North Studio to build the first-ever Atari branded hotels across the United States,” said Chesnais. “Atari is an iconic global brand that resonates with people of all ages, countries, cultures and ethnic backgrounds and we cannot wait for our fans and their families to enjoy this new hotel concept.”

The statement went on to mention that consumers are seeking out more recognizable intellectual properties. These hotels will look to fulfill that and bring together “the origins of gaming and the future of the booming industry into a fun and unique travel destination.”