The game started with an ice cream ad. Stranger Things season 3 actors Maya Hawke and Joe Keery appeared in the goofy sailor uniforms they wear when working at the Netflix show’s fictional ice cream parlor Scoops Ahoy to announce that the USS Butterscotch flavor would be “sailing into” Baskin Robbins and listed a phone number to call.

But the more than 15,000 people who called the phone number didn’t just let ice cream lovers know where to get the new flavor. It kicked off an alternate reality game (ARG) that would be solved nine days later and spawned elaborate conspiracy theories, including players thinking they needed to decipher secret messages in Stranger Things season 3’s music or travel to Iran to complete puzzles.

An ARG is not a video game or app. Unlike traditional puzzle games that might be played on a personal computer or smartphone, ARGs require players to interact with the real world. Clues are hidden on websites, in physical locations like stores, broadcast on the radio, and can be tucked into novels. While digital worlds can be immersive, ARGs are meant to make a player’s regular life feel filled with secrets and surprises, which seemed like a perfect fit for the paranoid world of Stranger Things.

Netflix first reached out to Baskin Robbins to coordinate a promotional partnership in December 2018, explaining that Scoops Ahoy would play a major role in the plot of season 3. A team from 22squared, which has been Baskin Robbins’ agency of record for nine years, got to read the show’s scripts six months early and started working on a way to bring Scoops Ahoy to life.

“We realized there was a really good opportunity for either an ARG of a very extravagant scavenger hunt that uses only 1985 technology,” said 22squared creative director Curt Mueller, speaking with Gaming Street. “They had to use things like faxes and phones. They can’t use the internet as we know it today.”

The vision solidified in March when 22squared enlisted m ss ng p eces to produce the game. While the original vision was to create a tournament based on the 1983 arcade game Food Fight, m ss ng p eces developed a text-based game where players solved puzzles using command prompts and the internet precursor Telnet. The restriction to only use 1985 tech made developing and running the game “incredibly challenging” according to m ss ng p eces director of immersive content Mike Woods.

“Staying resolutely authentic when speaking to a gaming audience and a massive TV show story world audience obviously details are everything,” he told Gaming Street. “We explored every bit of technology we could throw into the mix from fax machines to landline telephones to old school ciphers.” 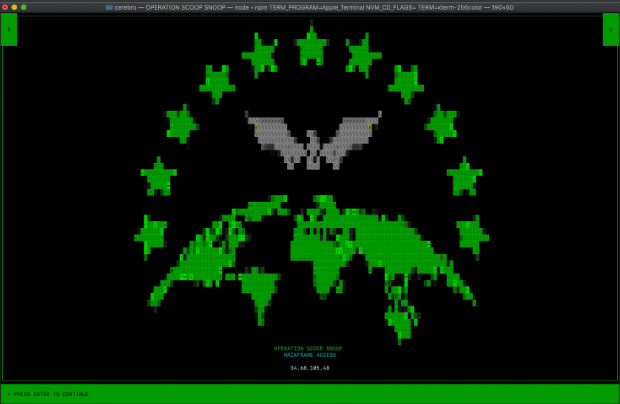 The producers tried to ease new players into the game to make it accessible to both hardcore ARG fans and people who would be trying the genre for the first time after seeing the TV ad or one of the clues hidden within the 2,500 Baskin Robbins stores in the US. Things were complicated even more when the first ad accidentally aired weeks early on Comedy Central, forcing them to add a voicemail message to the phone number to encourage players to call back on July 5 when the game officially started.

But that early release also built enthusiasm. By July 5, there was already a Reddit thread with more than 1,000 comments speculating on the promotion.

“The number of people who were fully immersed and helping each other and the community that developed on Discord was well beyond our expectations,” Mueller said. 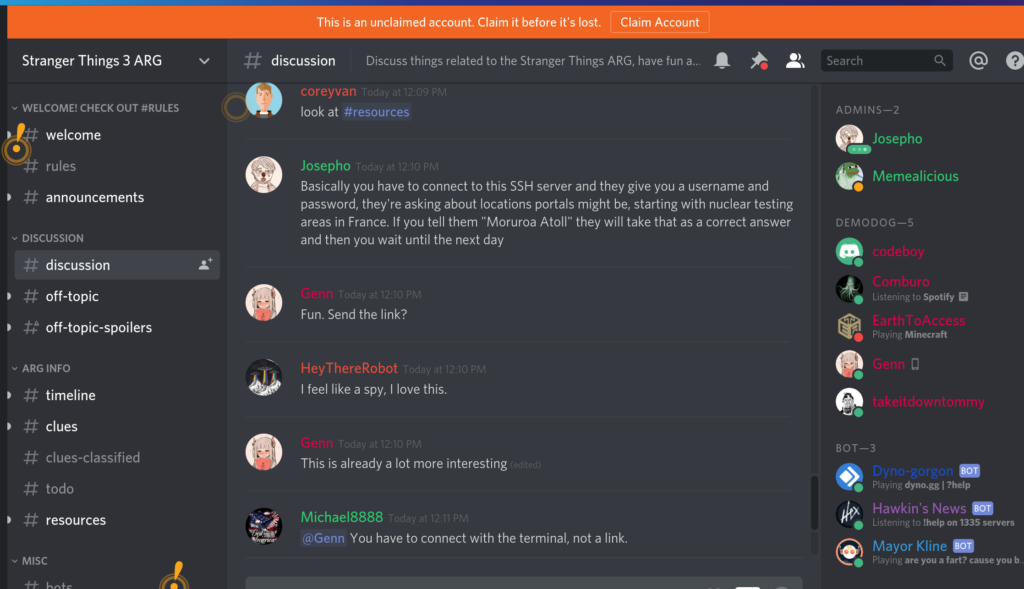 M ssing p eces hired a fulltime community manager to spend two months monitoring that feedback and interacting with players. “We’ve done this sort of work quite a lot and we’re well aware of how precarious the relationship between the gaming world and the marketing world is,” Woods said. “Not many people manage to get that right. Getting a proper community manager was a very early no brainer.”

That engagement allowed the m ss ng p eces to call out individual players as the campaign went on, which was sometimes important to get the community back on track as speculation grew. Netflix also incorporated the phone number for Murray Bauman, a conspiracy theorist that helps figure out what’s going on in Hawkins on the show. Calling him led to some messages that potentially provided teasers for season 4 but had nothing to do with the Baskin Robbins campaign.

“There were clues that were being dropped for Stranger Things season 3 that we had not done and they were connecting them all in these very elaborate theories,” Mueller explained. “At one point, they were talking about that they were going to have to go to Iran to finish this game.” 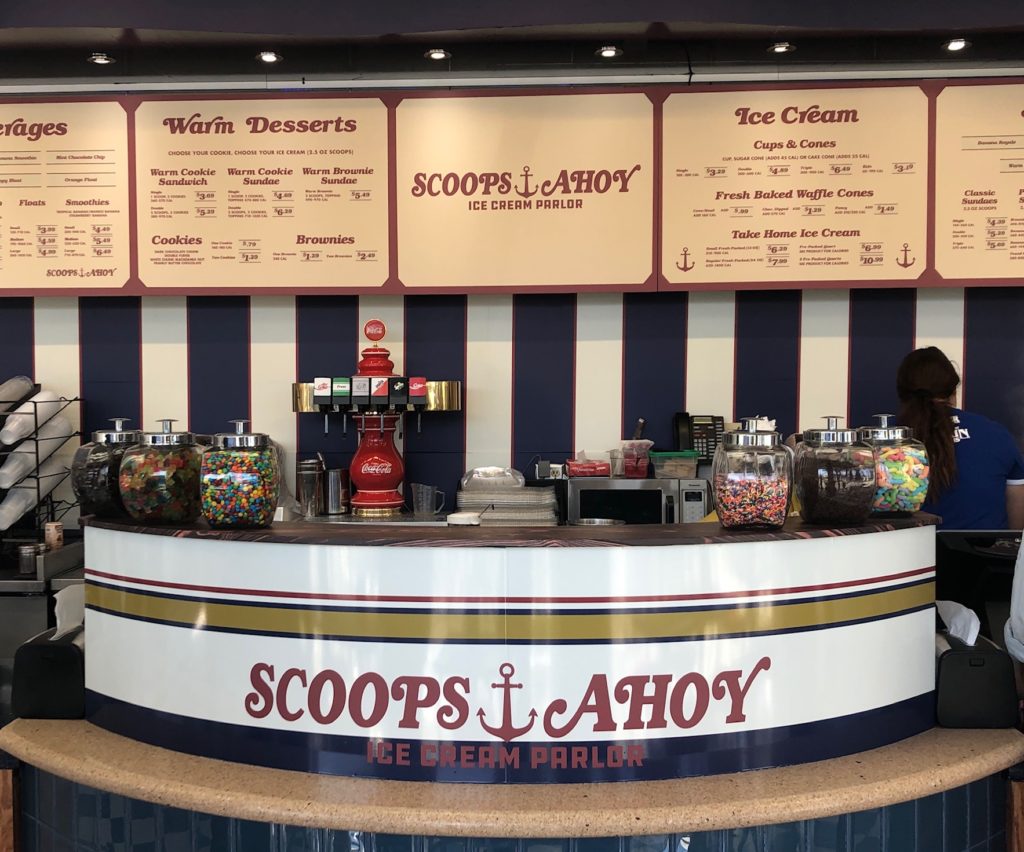 Putting the ARG into action

The game featured a 100-page script that significant built on the story of Stranger Things as it sent players on a mission to assist the “Scoop Troop” in investigating and closing rifts to the Upside Down. The team kept making changes up until the night before the day’s challenge to incorporate feedback from players, who would congregate on Discord to share excitement and predictions about the next task.

“They were anticipating it and writing ‘I’m getting nervous. I’m getting sweaty. What do you think we’re going to have to do?’” Mueller said. “That was the most amazing part about it, watching their reaction and their theories.”

The challenges got progressively more difficult throughout the game, but the cooperative efforts on Reddit and Discord helped 5,000 complete it. While no prizes had been promised, the first person to complete all the puzzles was awarded with a trip to the Stranger Things set and a lifetime supply of ice cream – the prize demanded by the precocious character Erica Sinclair in exchange for helping the Scoop Troop with their dangerous mission. Ten other winners received free Baskin Robbins for a year.

While the numbers aren’t yet available, Mueller said Baskin Robbins saw a significant increase in traffic during the promotion. This was especially true at the three stores that m ss ng p eces transformed into Scoops Ahoy locations, which had waits of up to three hours just to get in. Players loved the game so much that they requested an AMA on Discord to learn more about the technical aspects and thank the developers.

“That was really inspiring,” Mueller said. “I’ve never heard of an advertising campaign having fans request an AMA. The gaming community (is) saying we want more of this and we’re trying to figure out how do we respond in an authentic way.”