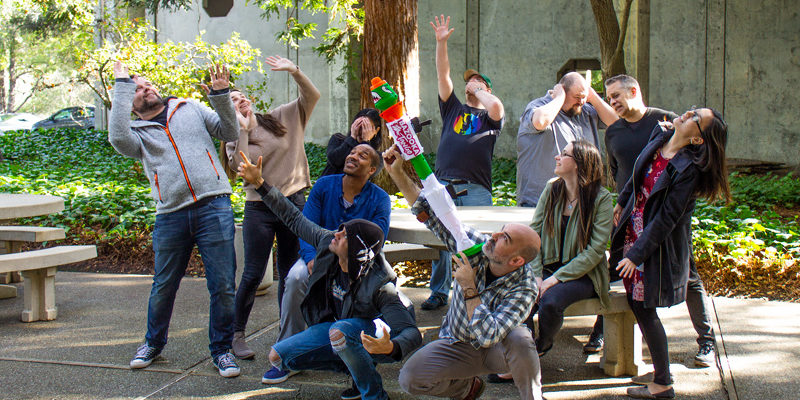 Bazooka Tango has announced the raising of $2.5 million, as it continues to develop new multiplayer mobile titles. The seed funding round was led by BITKRAFT Esports Ventures, with participation from digital entertainment company Modern Times Group (STO: MTG-B), investment firm Mergelane, and others.

Having worked to first bring core multiplayer gaming to mobile in 2012, it is only natural that the Bazooka Tango team would lead the next chapter of mobile-first AAA. We are excited to see some of the brightest and most experienced minds from the games publishing and developer world coming together to spearhead the next era of multiplayer mobile games.

The mobile gaming company is led by veterans in the gaming space, with decades of experience from developers and publishers that include Riot Games, Electronic Arts, and NCSoft. This includes Super Evil Megacorp co-founders Bo Daly and Stephen Sherman, who brought to life massively popular mobile multiplayer online battle arena title Vainglory.

Rather than bringing AAA to mobile, we want to help shape what mobile-first AAA can really mean with new experiences for players. Bazooka Tango has assembled a senior executive team with diverse backgrounds to create something from the ground-up that will support this next wave of mobile games and the new generation of mobile-first gamers.

Bazooka Tango has partnered with Super Evil Megacorp on its first title, where it will leverage the latter’s proprietary game development engine, IP, and universe. This will allow the mobile game studio to bring the titles to market more quickly and efficiently, with a soft launch this Spring.

In addition, the company will create a portfolio that consists of successful mobile genres, cross genres, genre-defining titles, along with mobile adaptations of existing popular PC and console genres.