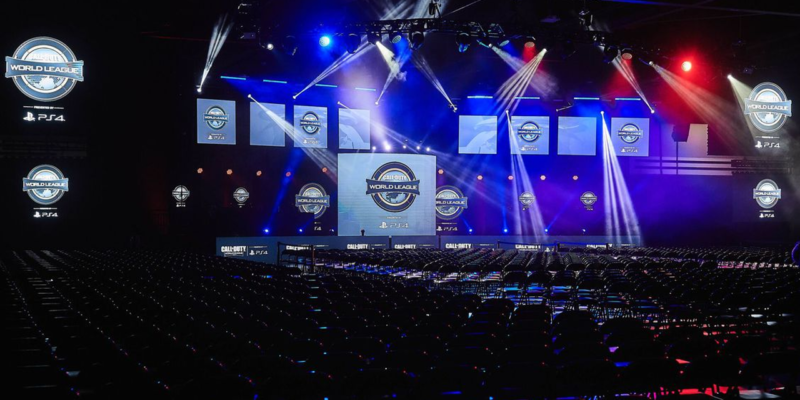 Last week, professional esports team 100 Thieves decided not to pursue a franchise spot with the Call of Duty League (CDL) due to two reasons: 1) it is too expensive and 2) they are not ready to commit to a city-based model.

Back in February of this year, we at Konvoy Ventures published a piece titled, “Esports Leagues: Stop Franchising.” As one of the most recognizable esports brands in Call of Duty, 100 Thieves choosing not to participate in the Call of Duty franchise league is only the latest instance of our thesis on esports franchising playing out as expected.

Our concerns were echoed in this video message from 100 Thieves CEO, Matt “Nadeshot” Haag: “We are not ready to pick a city. This is a worldwide brand…  To make a financial commitment as large as this just doesn’t make sense for us right now.” It’s worth noting that this video already has 1.5M views on Twitter and 474k views on YouTube. There has been quite a bit of community backlash towards Activision Blizzard after this announcement.

The city-based model has some challenges

Let me briefly address two key points around franchising and the city-based model.

1) High franchise fees: Franchise fees are way too expensive for esports teams today, especially given that the path to a risk-adjusted ROI is unclear at best. It does not make sense to charge ~$35M per CDL franchise spot for a game that gets 35% of the viewership of Overwatch ($20-30M at launch) and only 9.8% of League of Legends ($10M at launch). I’m a bigger fan of CDL than I am of the Overwatch League (OWL), due to the longevity of the Call of Duty franchise. But these high buy-in fees are an overreach. Activision Blizzard is effectively offloading marketing costs for their league to outside investment groups. It’s horribly mispriced.

2) Esports & city based models: Over the past 20 years, esports has been built on a globally distributed landscape. This coincided with the rise of the internet, social media, and 4G connectivity. Locking teams into a city is tough for an inherently geo-agnostic fan base. Taking the local city model from traditional sports and forcing that upon the esports ecosystem, which inherently global and distributed by nature, is not being done well.

I do believe that esports has a key role to play at the local level, but Activision Blizzard is not letting the teams in the OWL or the CDL use their own global brands for their cities. This disconnect has led to top esports teams not joining the CDL (i.e. 100 Thieves). In contrast, Riot Games is wisely letting esports teams use their global brand as their team brand in the LCS. Activision Blizzard is taking a 10-20 year view on brand ownership for a video game league still in its infancy. The next 3-5 years are much more important than trying to optimize for a hypothetical long-term. This is a key difference between sports & esports. Sports are 50+ year-old competitive scenes, whereas video games have much shorter life cycles, especially unproven ones like Overwatch.

What we proposed in February is for esports leagues to follow the promotion/relegation structure, charging reasonable annual dues whether you’re in Tier 1 (i.e. $500k-$2m/yr), Tier 2 ($100-500k), or Tier 3 ($25k/yr + open qualifiers). This would allow the publisher to fund & operate the league while limiting the financial burden on teams that want to participate in a league that will undoubtedly be short term (<20 yrs, if not much shorter).

To make things worse, Adam Apicella, Activision Blizzard’s Vice President of League and Event Operations recently announced his departure from the company. His leaving comes following the final event of the Call of Duty World League, and ahead of next year’s launch of the franchised, geolocated Call of Duty Global League (CDL). The talent flight continues on the eve of their second franchised league which is already showing signs of being mispriced.