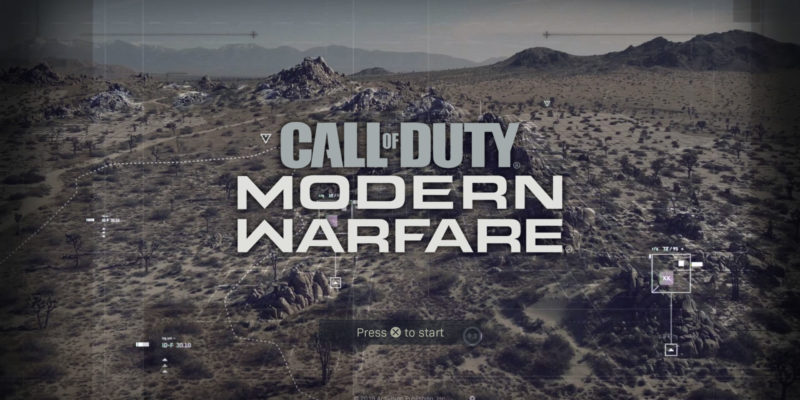 American video game publisher Activision announced that Call of Duty: Modern Warfare brought in over $600 million worldwide within the first three days of release. The first person shooter title has sold more units in its first three days when compared to any other Call of Duty game in this console generation.

“Call of Duty is once again the top selling new premium game of the year, proving the enduring nature of the franchise across console, PC, mobile, and esports,” said Bobby Kotick, Chief Executive Officer of Activision Blizzard in a release. “In its first three days of release, Call of Duty: Modern Warfare more than doubled the box office opening of Joker.”

“Through the first three days, Modern Warfare has more total players and total hours played than any Call of Duty opening release in the last six years. More importantly, our players are having a great time playing,” said Rob Kostich, President of Activision. “Congratulations to Infinity Ward and all our teams involved on an incredible game and its spectacular launch. We also want to thank the community for your incredible support. The launch of Modern Warfare is only the start. There’s much more to come.”

The Call of Duty: Modern Warfare title has also achieved several milestones with this release including becoming the top-selling premium game of 2019 and most digitally pre-ordered game on the PlayStation 4. It also has the most total hours played and total players among any Call of Duty title in six years — for its first three-day total. In comparison, American video game publisher Rockstar Games (NASDAQ: TTWO) also has titles that have surpassed the $600 million number in three days. This includes Red Dead Redemption 2 at $725 million and Grand Theft Auto 5, which brought in $1 billion.

Call of Duty: Modern Warfare is currently available on PlayStation 4, Xbox One, and PC. It was published by Activision, a subsidiary of Activision Blizzard (NASDAQ: ATVI), with development by Infinity Ward and support from Beenox, High Moon Studios, Raven Software, and Sledgehammer Games.