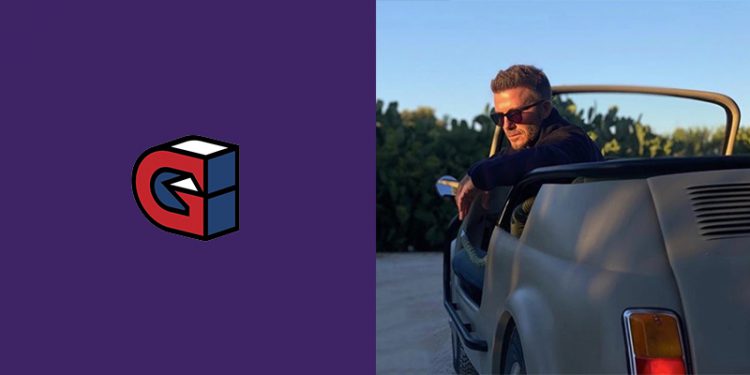 On October 2nd, 2020, Guild Esports (OTCMKTS:GULDF) debuted on the London Stock Exchange (LSE) with a market capitalization of £41.2 million (~US$53 million), becoming the first esports organization to appear on the LSE. An initial investment of £20 million (US$25.8 million) led by joint brokers Zeus Capital and Mirabaud Securities near the end of September has not been the only eye-catching announcement since launching in June of this year.

Earlier this summer it was announced that Guild (OTCMKTS:GULDF) had signed a 5 year deal worth just under US$2o million with former soccer superstar David Beckham to become the face of the organization. Interestingly enough, a few months after reaching this deal, Beckham actually became an investor in Guild, causing immense publicity for the organization as anticipated with him as an investor and the face of the company. As expected Beckham has been widely used in promotions leading up to the the IPO, and we can expect to see his face all over everything that has to do with Guild Esports (OTCMKTS:GULDF) going forward. More and more celebrities have become a part of esports, through investing, endorsements, marketing strategies and campaigns, and even joining some of the organizations as ambassadors and players, and clearly Guild is using this tactic as a way to hit the ground running.

In an effort to catch up to other esports organizations within the industry, Guild has surrounded themselves with an experienced leader in CEO Carleton Curtis, and competitive teams for Rocket League, FIFA, and most recently Valorant in an attempt to build up a roster of professional gamers as fast as possible. The money raised so far is going straight into building the Guild Esports (OTCMKTS:GULDF) brand, recruitment of experience professionals in the industry in terms of staff, creators, and players, and the launching of the various teams mentioned above. As continually building your company solely through investments is not sustainable, Guild plans to raise revenues through tournament winnings, sponsorship, merchandise, events, digital marketing opportunities and more.

Leading the way for Guild is CEO Carleton Curtis, by all accounts the right man for the job based on his experience within the industry. Previously, Curtis has spent time with Red Bull in their esports division, as well as an executive with Activision Blizzard, where he was behind the strategy for the Overwatch League (OWL), Call of Duty League (CDL), and Major League Gaming (MLG).

So, with two big names at the top for a new company that seems to be making all the right moves so far, there is still some criticisms and pessimism about the company.

Being such a young company, Guild (OTCMKTS:GULDF) went public relatively quick without establishing a firm fanbase or revenue generation besides their initial funding rounds. For many potential investors this can be very risky as they will not all get guaranteed deals like David Beckham if the company goes south, investors will be buying into an organization that is just getting started in the esports space, with no historical evidence that proves they are worth investing in. Their initial valuation was for £100 million (~US$130 million) before experts shut that down fairly quickly, and then they reduced it to a more realistic valuation of about £50 million, much closer to what the market capitalization ended up at. With such a lofty and seemingly unrealistic initial valuation, it seems as if Guild was trying to fast track their way into relevance instead of allowing a growing market to take its course with what seems like a strong foundation of a soon to be competitive organization.

Since their inception on the London Stock Exchange, Guild’s stock has dropped extremely fast, potentially proving to investors to look more into companies with proven track records of success rather than those that just utilize big names to reel in investors. Traded in GBX, which is Pence sterling, a subdivision of Pound sterling (GBP), the Guild stock on the LSE has dropped from over 8 GBX to now sitting at just over 5 GBX, a steep drop for a company that has only been public for just over a month, and is looking to make a name for themselves in the esports industry in terms of competitive rosters and a strong investor base. 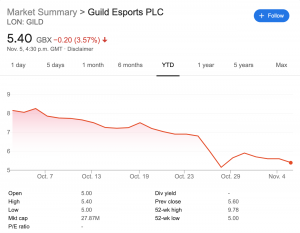 Looking forward with Guild, it will be intriguing to see if they can bounce back after a difficult first month being public. Potential investors should do their proper due diligence in understanding that this organization has not fully established themselves in the industry, and the use of a big name like David Beckham can only carry you so far without substantial evidence of success. 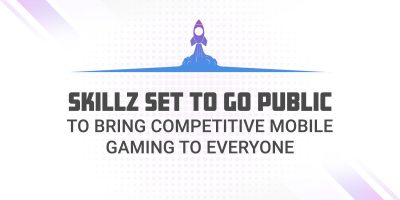 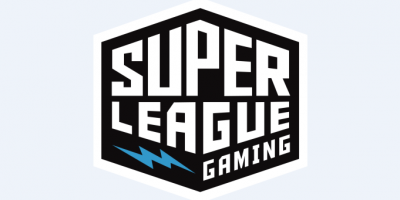 With a new milestone, should you buy into Super League Gaming? Or are they valued too high relative to other gaming companies?