Alongside VR, esports, and livestreaming, cloud gaming has become a key focal point in the battle for market share across the multi-billion dollar video game industry. At its core, cloud technology may disrupt the entire video game industry by rendering hardware such as game consoles and high-performance PCs unnecessary. The games themselves are hosted online while players use devices such as computers and smartphones to interact with them.

What is cloud gaming?

Cloud gaming can be separated into video streaming and file streaming technologies, with the former getting the most attention right now.

Cloud gaming via video streaming is somewhat similar to Netflix, with the key differential being that the players interact with games hosted on remote servers in real-time. The results are then streamed via video to the player’s display.

Video streaming drastically reduces the amount of bandwidth needed and also enables devices to play games they otherwise couldn’t, as only video is being transferred. Most popular gaming on-demand services such as Nvidia GeForce Now and Google Stadia use video streaming.

Cloud streaming technology has existed for over two decades, yet remained solely on the bleeding edge as the online infrastructure required to provide the intended smooth and instantaneous experience wasn’t accessible until recently. Still, general bandwidth limitations continue to be the primary roadblock to mainstream cloud gaming, with ISP-imposed data caps and speed limiting heavily restricting the technology’s reach.

Why cloud gaming is a big deal

Imagine being able to pick out and immediately play the most graphically advanced games from a low-end smartphone, tablet, smart TV, or laptop. That’s what companies like Google are promising with cloud gaming. 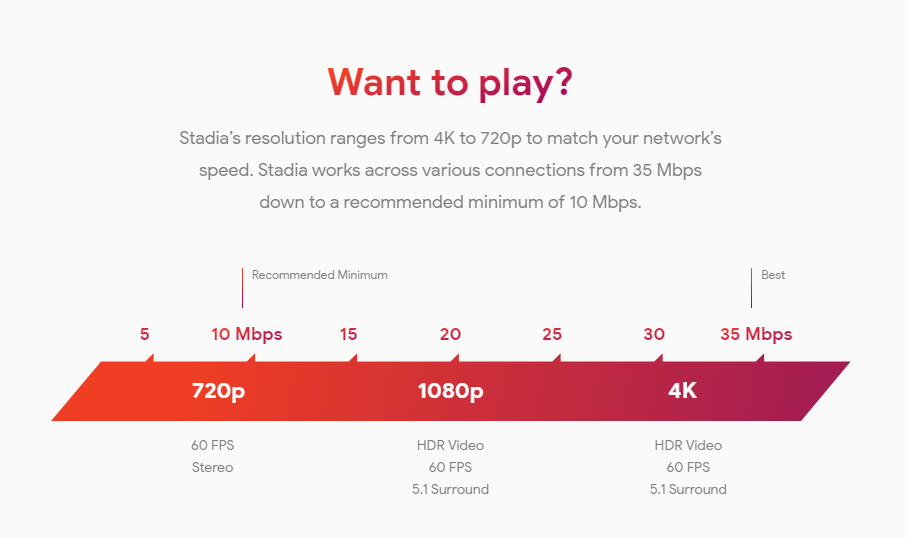 Widespread adoption of cloud gaming could spell the end of hardware such as the PlayStation and Xbox, drastically disrupting the modus operandi of the entire gaming industry. Traditional first party platforms and publishers would become largely obsolete, which is undoubtedly why Sony and Microsoft are betting big on their own proprietary cloud gaming services.

PC gaming hardware manufacturers could also take a hit. Instead of needing $600 video cards for high-end graphics, players could simply log in to YouTube or open an app on their phone and play any game with all graphical bells and whistles turned on.

When discussing cloud gaming, there are three major services to consider, starting with PlayStation Now, which is currently active.

The service started as OnLive, one of the first major gaming on demand services to make a push for the mainstream. Announced in 2009, the service struggled for years before selling its assets to Sony and shuttering its doors in early 2015.

Before acquiring OnLive, Sony purchased similar cloud gaming startup Gaikai in 2012 for $380M, which formed the basis of Sony’s PlayStation Now service. Launched in 2014, PlayStation Now is a monthly subscription-based offering for PC and PlayStation 4 that allows select PlayStation games to be streamed.

PlayStation Now previously supported a wide array of devices (including other PlayStation models and Sony brand smart TVs), but that support was canceled in 2017. The high price of the monthly subscription ($20) has also been a contentious point for the service.

Microsoft has been banging the cloud gaming drum loudly for years now, but has yet to impress. The tech giant touted the revolutionary power of its Azure cloud computing system for multiple applications, including games. Different from video streaming, games could theoretically offload massive processing tasks to Azure servers online, resulting in unparalleled virtual destruction and physics. Crackdown 3 was Microsoft’s big debut to demonstrate the technology’s potential, but it was a resounding dud when it released in February, with the lackluster visuals being a low point for most reviewers.

That led Microsoft to pivot. Slated for public release in October 2019 and built on Microsoft’s 54 Azure cloud computing centers around the world, xCloud will be the Xbox equivalent of PlayStation Now, allowing several generations of Xbox games to be streamed on mobile devices and eventually consoles and PCs.

Led by Phil Harrison, former executive at both Sony and Microsoft, as well as a former member of the Gakai advisory board, Google’s Stadia is promising things no other company is willing to ahead of its November 2019 launch. Using YouTube’s video streaming infrastructure, Stadia will enable games streaming at 60fps in 4K Ultra HD–something even Microsoft and Sony’s most powerful console SKUs currently struggle to accomplish.

Hands-on tests so far have provided mixed results across various platforms and devices, though Digital Foundry’s in-depth analysis revealed input latency comparable to an Xbox One X. Google’s legacy of abandoning its own side projects (Google Glass, Google Inbox, and Google+ among them) haunts potential optimism for the Stadia’s long-term support if it isn’t an overnight success this holiday season. Likewise, Google has all but given up on its Google Fiber initiative, which would literally lay the foundation that would enable more users around the United States to have fast and affordable Internet — a prerequisite of the Stadia.

You can read more about the challenges facing Google Stadia here.