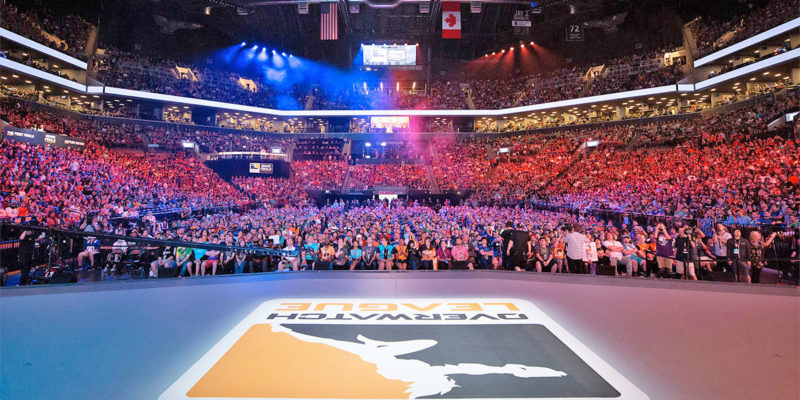 Comcast’s (NASDAQ: CMCSA) Xfinity will be the presenting sponsor of the upcoming Overwatch League 2019 playoffs and Grand Finals.

The partnership between OWL and Comcast will result in Xfinity having a “significant presence” at the event.

The OWL playoffs begin August 30 in Los Angeles, and will conclude with the Grand Finals on September 29 at Wells Fargo Center in Philadelphia, also the home of Comcast headquarters. All playoff matches will be live streamed on Twitch and ESPN, with the Grand Finals live broadcast on ABC.

“Xfinity is a world-class brand, and we’re excited to have them be a major part of our 2019 Grand Finals. We worked in conjunction with Twitch to create a customized postseason opportunity for Xfinity, engaging fans experiencing the excitement of the finals both onsite as well as digitally. We are thrilled to have them sponsor the most exciting portion of our season, as they are committed to providing fast, safe, and reliable internet for all gamers.”

“We’re excited to be sponsoring the Overwatch League’s 2019 Grand Finals in our hometown of Philadelphia. We know the importance of a fast and reliable internet connection for online gaming, and we look forward to showing gamers and fans how the speed and capabilities of Xfinity Internet can maximize their esports experience.”

Activision Blizzard (NASDAQ: ATVI) CEO Bobby Kotick has previously asserted that Overwatch League “continues to break viewership records,” but the reality is that viewership has been steadily decreasing.

OWL viewership numbers are relatively strong when broadcast on ESPN and ABC, but average minute audience across all platforms, including streaming platforms, has been trending down for months. The record for OWL event audience size was set by the Season One Grand Finals in July 2018, which boasted 10.8 million viewers across all platforms worldwide, and an AMA of 861,000.

Vancouver Titans at top of league going into Playoffs

Joining those two teams in the playoffs will be the San Francisco Shock, Hangzhou Spark, Los Angeles Gladiators, and Atlanta Reign. Pacific Division teams will outnumber Atlantic Division teams by 2:1.

The London Spitfire, 2018’s Grand Finals champions, finished the regular season in seventh place, with 16 wins, 12 losses, and a map differential of +6.