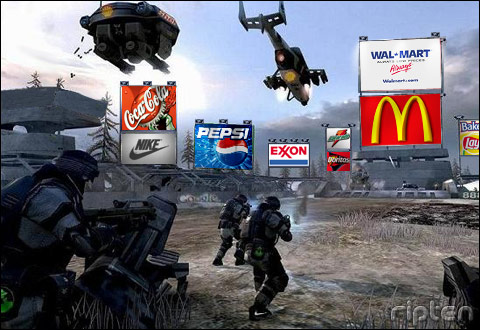 We’ve been talking about convergence both from the aspect of traditional content, and also infrastructure as being part of a super cycle in the gaming vertical. Another line that is blurring, is the line between advertising and content, and it couldn’t be a better time to be a targeted aggregator in the space. Menashe and Adrian at Enthusiast Gaming, have long been focused on this intersection as an aggregator and monetizer of media properties and brands in the gaming space. In light of this, we thought we would take a deep dive into the theme of convergence within advertising on the back of a number of interesting signals in the space.

What does this mean for advertising and its future? Let’s discuss.

The genius of the media industry lies in the ability to aggregate human attention through entertainment and monetize it. Within this framework, advertising is one of the primary mechanisms to monetize aggregated attention. However, the purpose of advertising over the past 100 years has evolved with the structure of the economy and can be broadly divided into three phases, information, persuasion, and transactional.

In the early 1900s, when now staple products such as Coke, toothpaste, and Corn Flakes were new, the purpose of advertising was to inform. They needed to educate the audience on a whole use case for products that didn’t exist until then. The generation of TV in the 1950s shifted the purpose of advertising to persuasion, because the familiarity of brands was becoming more and more widespread. Today, social media (which studies have shown know more about us than our parents) able to influence movements and election results. We have reached a golden age in persuasive advertising.

The effectiveness of these tools, the change in media forms and our consumption patterns is therefore resulting in another phase shift in the process of advertising. To take it to its logical end goal, it will be focused on transactions instead of just persuasion or information.

In the coming years, the shift in focus towards transactions is likely to make the intermediation function of legacy advertising increasingly archaic with the boundary between content and advertising being blurry. Don’t agree with me? Watch any non-digital native browse through web content on their phone and watch them interact with targeted content ads. Often, they have no idea they are clicking through ads at all.

In the ‘good old days’ you always knew what was an ad. If you were watching Seinfeld, it was break time and a Coke commercial came on, if it was gameday in the NFL, it was a break in the action and a Pepsi commercial came on. Today we increasingly don’t realize that we are being advertised to at all. The lines once again, like the entire media vertical, are blurring.

The difference in today’s world is driven by greater awareness among advertisers of individual context. As consumers, the presence of internet platforms extends now to almost every device we touch (connected TVs, connected thermostats, smartphones with an increasing array of sensors, smart speakers, smart watches, connected cars, connected glasses, smart cameras with AI on street corners, etc.). Platforms are morphing to take on individualized personalities of their users enabled by the multiple layers of actionable data voluntarily provided by consumers. In this state of the world, everything we touch, we hear, or we see will be advertising in some form without breaking the activity flow of the consumer.

The next generation of consumer products, particularly Apple’s soon-to-be released AR products will only serve to deepen this customer relationship.

Who loses? Traditional media. Project OAR (traditional media’s ill fated attempt at making traditional media addressable) is an exercise in futility. The vertical integration, which the tech giants are deepening through their influence in the telecom space, in the hardware space, and in the content space is what it takes to make advertising truly targeted. It takes unprecedented scale, technology capability, and vertical integration to be truly effective. Legacy media had its day.

Who wins? Forward thinking tech businesses that understand convergence in the media space and companies that have aggregated captive sticky audiences that can provide rich analytics back to the content owner. Also, don’t forget about brands. Brands who are forward leaning enough to explore outside of the traditionally ‘safe waters’ of Nelson Ratings and traditional media will be big winners.

What about gaming? Gaming is in the earliest of innings when it comes to advertising. For the longest time the height of advertising innovation was a video ad on a mobile game. The thing is, inside of a game, the game publisher knows everything about their user. The generation behind millennials is spending more time in the gaming realm, than in the physical realm. If advertising effectiveness, convergence, and monetization are all tied to consumer data, then gaming is the single most powerful frontier for advertisers. It’s no wonder that the most highly respected VCs in the world (such as Andreesen Horowitz), who wouldn’t touch gaming years ago, are stepping into the space in a big way. Convergence is the key to the next generation.