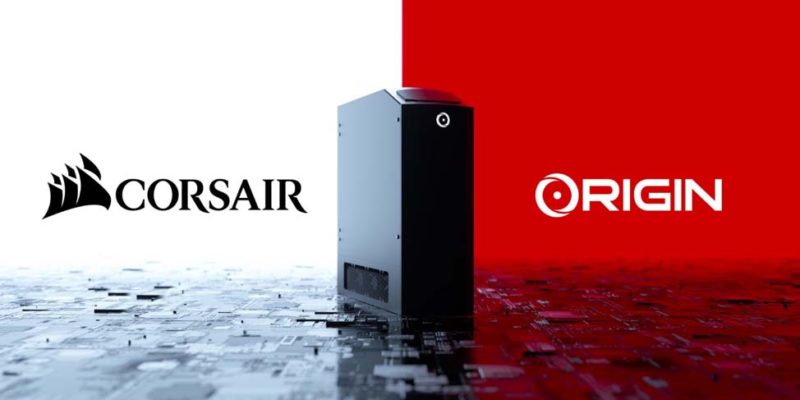 Computer hardware and accessory maker Corsair announced on Wednesday that it has acquired Origin PC. Origin PC is known for building custom desktops and laptop computers for gaming enthusiasts. According to the related press release, Corsair made the purchase so that it could better reach gaming audiences who didn’t want to go through the trouble of building their own PCs.

Corsair is one of the largest computer component brands in the world, catering heavily toward PC gamers. Although the company has a high focus on hardware such as computer memory (RAM), it also manufactures peripherals such as headsets, keyboards, and mice. Its products are enjoyed by both professional esports players and video game enthusiasts.

Origin PC will remain an independent brand and that it will continue to handle warranties, product support, and purchases for the foreseeable future. Although Corsair has acquired one of the most recognizable pre-built computer brands on the market, the company still plans to produce its own branded systems such as the Corsair One. However, this makes sense, since Origin PC is known for making systems without any limitations while the Corsair designs its systems to be more space-saving.

Combining the resources from both companies may lead to even more impressive products in the future.

“With the gaming PC market continuing to expand as an increasing number of players make the jump from console to PC, we wanted to do more to reach customers in North America that prefer to buy, rather than build, their system,” said Corsair founder and CEO Andy Paul in a statement. “With ORIGIN PC’s expertise in personalized custom gaming systems and CORSAIR’s strength in performance PC hardware and the iCUE software ecosystem, we’re excited to combine our efforts to create new world-class gaming experiences for PC gamers.”

Last year, Corsair acquired Elgato, a popular video capture hardware brand for livestreamers. So, it will be interesting to see what products will emerge from Corsair moving forward.

Corsair is currently owned by the private equity firm EagleTree Capital, which purchased a majority stake in the company for $525 Million in 2017. In February, Corsair reportedly hired Goldman Sachs Group Inc, Credit Suisse Group AG and Barclays Plc to assist with the possibility of selling an IPO that could value it at over $1 billion.

Nothing has come from the rumor so far, but the acquisition of Origin PC would certainly strengthen Corsair’s potential IPO. The company originally sought list on Nasdaq under the symbol CRSR in 2012, but decided to postpone it due to “market conditions” at the time. With the incredible rise of esports, coupled with its recent acquisitions, perhaps Corsair will revive its IPO sometime soon.