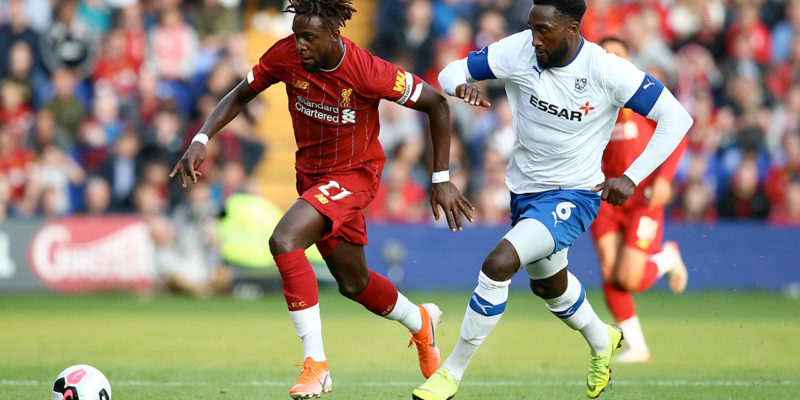 Electronic Arts Inc. (NASDAQ: EA) has entered into a “long-term” partnership with Liverpool Football Club for its FIFA franchise, but lost its licensing agreement with Juventus Football Club. In the wake of the second announcement, the company’s stock slid 3.28%.

EA Sports’ FIFA series is EA’s most popular franchise. In a securities filing in May, the company stated that sales of FIFA 17, FIFA 18, and FIFA 19 accounted for about 14%of the company’s revenue for the fiscal year 2019.

Liverpool FC previously had an agreement with Japanese developer and publisher Konami (TYO: 9766), which produces the rival Pro Evolution Soccer series. Peter Moore, who was President of EA Sports from 2007 to 2011, before becoming COO of EA, left the company in 2017 to become the CEO of Liverpool FC.

A partnership with Liverpool FC, the current European Champions, should represent a significant gain for EA. However, the Turin-based Juventus FC employs Cristiano Ronaldo, one of the most popular athletes in the world. In June, Forbes reported that Ronaldo is the second highest paid athlete of 2019.

EA Sports’ FIFA series is also the subject of ongoing legal investigations across the globe. In April 2018, Belgium declared that loot box mechanics — systems by which players can pay real currency for a randomized selection of in-game rewards — constituted illegal gambling, and were in violation of the country’s gambling legislation. In his ruling, Belgian Justice Minister Koen Geens cited EA Sports’ FIFA 18 by name, and insisted that the game’s loot box mechanics be removed, or the game removed from sale in Belgium altogether, or else the company could face fines of up to €800,000 ($898,000 USD). EA originally challenged the ruling, but in June agreed to remove loot box elements from its games in the Belgian market.

In the wake of loot box rulings in Europe, other world governments have begun launching inquiries into games with chance mechanics to determine whether they meet given definitions of illegal gambling. EA recently defended its use of loot box mechanics at an inquiry in the UK, attempting to rebrand the divisive system as a “surprise mechanic.” US Senator Josh Hawley (R-MO) is the author of a bill that seeks to ban loot box mechanics in “games played by children.”