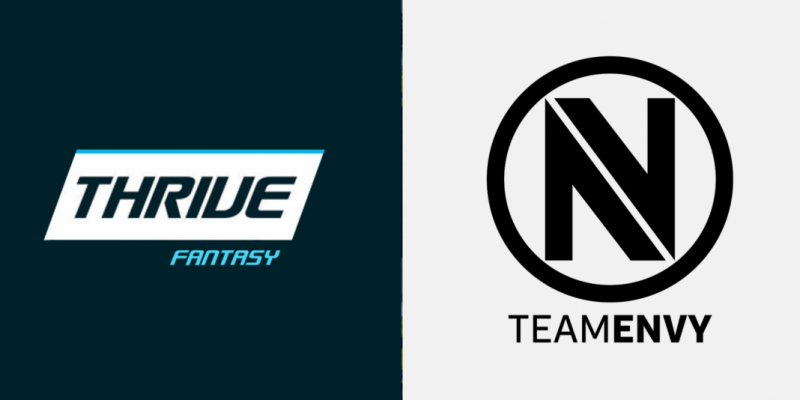 We are happy to announce our strategic partnership with @Envy as their exclusive Daily Fantasy Esports Platform!#PropUphttps://t.co/9zYSlJzYdN

The partnership is Thrives entrance into esports and will see the firm named as the ‘Official Daily Fantasy Esports Platform’ for Team Envy.

Envy Gaming plans to leverage ThriveFantasy to power all of the organization’s daily fantasy offerings.

The multi-year agreement will include cross-branding and promotion across Envy’s teams throughout different esports, including CS:GO, Rocket League, VALORANT and Halo.

ThriveFantasy will offer a 360-degree second-screen engagement platform for fans streaming Envy matches – as well as a Discord bot that engages on Envy’s Discord channel to educate new customers on prop betting. The bot will also provide live updates to in-game stats every 30 seconds

Adam Rymer, the CEO of Envy Gaming, commented: “We know gaming fans crave interactive experiences that can bring them closer to their favourite players and teams – and that is exactly what ThriveFantasy is powering with their focus on a fantasy esports ecosystem and prop betting.”

According to the company, ThriveFantasy’s esports vertical, which the firm shifted focus to due to the COVID-19 pandemic – has grown 140 percent in the last six months, highlighting the sudden growth in popularity of fantasy esports products. ThriveFantasy also plans to integrate Twitch extensions in the near future for its esports prop betting offerings.

Adam Weinstein, Founder and CEO of ThriveFantasy added: “Team Envy is the perfect partner for ThriveFantasy. Not only has Envy proven themselves as winners with several championships across major gaming titles, but they have one of the most loyal and passionate fanbases in North America.We look forward to pushing further into esports and becoming the go-to fantasy platform for the esports community with great team partners like Envy.”