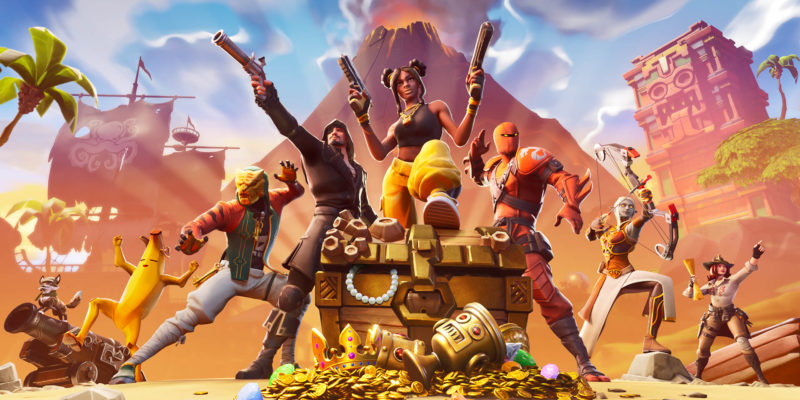 A class-action lawsuit is being prepared against Fortnite developer Epic Games over a security breach that potentially compromised players’ accounts.

Law firm Franklin D Azar & Associates filed the claim in US District Court in North Carolina. The claim alleges Epic’s “failure to maintain adequate security measures and notify users of the security breach in a timely manner.” There are reportedly more than 100 class members already being represented in the suit, and the firm is encouraging anybody affected by the data breach to contact them.

Epic Games was supposedly warned about vulnerabilities in its system by cybersecurity research firm Check Point Software Technologies in November 2018. The studio, which is partially owned by Tencent (HKG: 0700), allegedly failed to repair critical holes in its infrastructure until January. Franklin D Azar & Associates alleges that in the two months it took for Epic to correct the reported errors, an unknown number of accounts were compromised. By gaining access to Fortnite accounts using fraudulent emails, hackers were able to use players’ financial information to purchase in-game items and take over and sell entire accounts.

Data breaches are a growing problem for gaming industry

Epic Games’ security vulnerabilities are increasingly typical for the industry. Earlier this month it was revealed that the personal information of over 2,000 journalists was compromised by the Electronic Software Association.

A relevant precedent for Epic’s situation can be found in the data breach scandal that plagued Sony (TYO: 6758) in 2011. An “external intrusion” into the PlayStation Network in April 2011 resulted personal information from 77 million accounts becoming compromised. Although credit card and other financial information was secure in Sony’s system, secondary information like passwords and addresses were kept unencrypted and vulnerable. The cybersecurity attack ultimately brought the PlayStation Network down for a total of 23 days.

Sony reported that the network outage cost the company $171 million. The company was fined £250,000 ($396,000 USD) by the UK government for breaching the Data Protection Act, and eventually paid out $15 million as a result of a class action suit.

Across the industry, potentially vulnerable digital bookings and subscriptions are on the rise. Activision Blizzard and Take-Two Interactive reported that digital bookings made up 78% and 79% of their revenue last quarter, respectively. Electronic Arts reported that in the last quarter 60.5% of its revenue comes from live services, and Microsoft continues to report climbing Xbox Live subscriptions even as hardware sales fall.

The Fortnite World Cup ran from April 13 to July 28, with over 40 million players competing. The event boasted a combined total of 81.8 million hours of live viewership between YouTube and Twitch. The finals alone drew in 14 million concurrent live viewers.