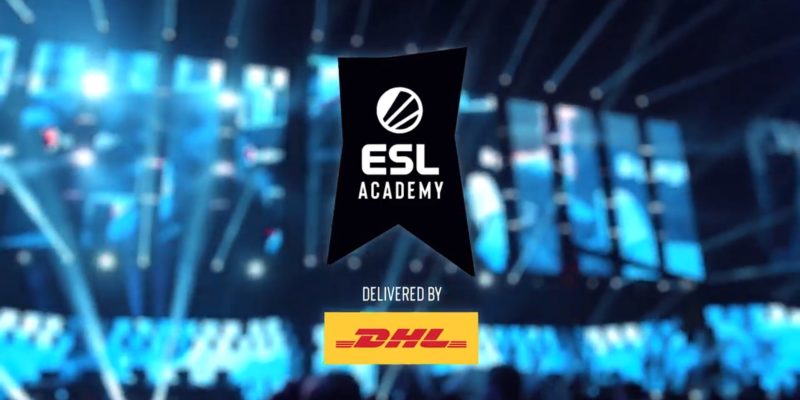 Esports tournament organizer and production company ESL announced the launch of an ESL Academy system for Dota 2, with German international courier DHL (OTCMKTS: DPSGY) as the founding and presenting partner. The ESL Academy system will partner with grassroots platform Dotabuff Reach to provide amateur Dota 2 talent with the resources to accelerate their path toward becoming professional esports players.

DHL as founding and presenting partner

“We entered the world of esports less than two years ago and today we are founding the ESL Academy in support of young talents on their way to becoming professionals,” said Arjan Sissing, Head of Group Brand Marketing at Deutsche Post DHL Group. “At DHL, we are proud to be part of this exciting journey and we are looking forward to deliver the Academy and its boot camps: At DHL, we ensure [the] highest standards in our logistics services and it is the same approach we will apply in providing professional training conditions for the teams.”

DHL originally partnered with ESL as the official shipping and logistics partner for the ESL One tournament series in May of 2018. The delivery service will sponsor the ESL Academy program, which will have four former Dota 2 veterans draft teams from the top 40 players of each region. Each coach will then select the most promising up and coming players to train both online and offline to compete in a professional esports environment.

“We’ve been working hard on creating something completely new for the Dota 2 community. Building the path from zero to hero lies in our DNA, and in order to fulfill ESL’s brand purpose, we needed to derive an open system for Dota 2,” commented Ulrich Schulze, Senior Vice President Product at ESL, in a statement. “We want ambitious players at home to see a clear path forward and to gain experience in playing in professional esports environments. In DHL, we found a strong partner with the same values to develop a new way for players on the verge of going pro to get noticed, and make it to masters-level tournaments like ESL One.”

With the Dotabuff Reach partnership, a ladder system will be available to participants toward competing for leaderboard placements. In mid-January 2020, the ESL Academy leaderboards will lock, and the top 40 Dota 2 players will be chosen. The qualified players will join their teams at an offline training boot camp “delivered by DHL”. The ESL Academy season will feature a $240,000 prize pool, with competitions being held during ESL One events.