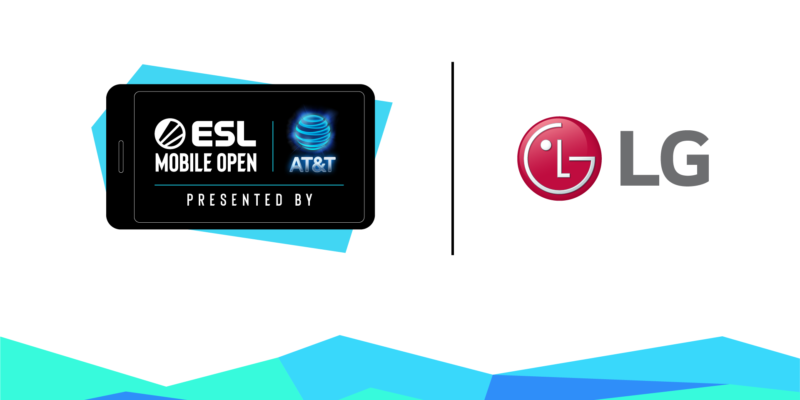 On Wednesday, Modern Times Group-owned (STO: MTG-B) esports platform ESL announced a partnership with LG Electronics (KRX: 066570) for the ESL Mobile Open in North America. The deal marks the first mobile phone provider to join the league and its second major sponsor, with the first being AT&T (NYSE: T).

The ESL Mobile Open is currently in its third season. As part of the deal, finalists will use LG smartphones when competing in the finals at DreamHack Atlanta on November 15. LG’s newest device, LG G8X ThinQ Dual Screen, will be featured as part of the live broadcast in a segment called “Hardware Highlight.” Attendees will also have a chance to try out the phone for themselves by joining free-play competitions.

“We continue to believe in and take an innovative approach to the mobile esports landscape and LG is the perfect partner to help ESL advance that,” said ESL senior vice president of brand partnerships Paul Brewer in a statement. “LG is a terrific example of a global brand making its mark in esports and improving the experience for both players and fans.”

LG North America president and CEO William Cho added, “Our partnership with ESL as the exclusive phone for Season 3 finals of the ESL Mobile Open in North America is a testament to LG Dual Screen’s immediate potential to revolutionize mobile gaming.”

According to the statement, one of the reasons why the LG G8X ThinQ is an ideal device for mobile esports is its foldable dual screens. It gives players a larger view of the game, thereby providing a competitive advantage.

ESL Mobile Open takes place across all of North America, with the previous season drawing in over 324,400 participants. Live broadcasts for the new season begin on October 17 with players competing in Asphalt 9: Legends, PUBG Mobile, and Clash of Clans. The competition is open to all who sign up, and the winner will earn a spot at the LAN Finals.