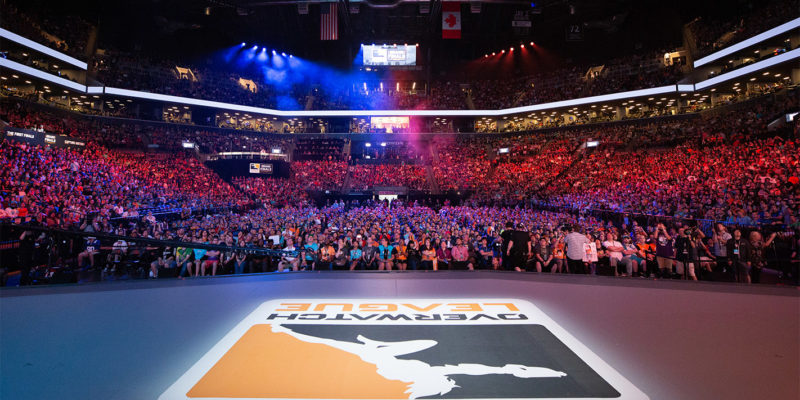 Esports is on track to surpass $1 billion in global revenue this year, predicts Newzoo. Most of that comes from sponsorship deals, which are currently at about $456.7 million, but second to that is media rights. In fact, the media rights category is expected to grow 41.8% year-over-year, making it the fastest growing revenue stream in esports.

With the esports industry expected to rise 26.7% year-over-year, the industry has become a key investment opportunity. But that raises the question of where to invest capital.

Luis Medina, the SVP of partnerships at Rooster Teeth Productions, answers that question in an interview. Rooster Teeth is part of WarnerMedia, which is owned by AT&T (NYSE: T), and Medina made a name for himself working at the YouTube video creator Maker Studios before it was acquired by Disney in 2014.

According to Medina the best bet for esports investing is with video game publishers such as Electronic Arts (NASDAQ: EA), Activision Blizzard (NASDAQ: ATVI), and Riot Games, which own by Chinese tech giant Tencent (OTCMKTS: TCEHY). He said that there is less risk with investing with these companies, which produce, update, and promote the esports games themselves, than in putting money into an esports team.

His explains that he doesn’t feel confident about system of teams that usually aren’t aligned tightly with the publisher. Publishers direct the games, not the teams. Therefore, a team’s relevancy will rise or fall depending on the games they specialize in, which is a riskier proposition in the long term.

“Starcraft II was the biggest most watched esport in the world six years ago,” said Medina, speaking to The Sports Biz. “It’s not even on the radar of top five games being consumed for esports today. This is different from traditional sports where a sports stays relevant, while players change.”

Although Medina is aware that some publishers are exerting a lot of control over where the esports industry is headed, chief among them being Activision Blizzard. The publisher has a division dedicated to handling esports leagues and events, most notably the Overwatch League. That’s the type of organization Medina said he would invest money in. One that’s a leader, not a follower.

“What makes esports not traditional sports is that no one really has a copyright and full ownership of the game of basketball, for instance,” says Medina. “So, the thing that makes it unique is the publishers.”

Medina also expressed interest in investing in sources of esports content distribution. The top platforms in this space are Twitch, which is owned by Amazon (NASDAQ: AMZN), and YouTube (Google, NASDAQ: GOOGL).

Other digital platforms include Facebook (NASDAQ: FB) and Microsoft’s (NASDAQ: MSFT) Mixer service. However, organizations such as ELeague, part of Turner Sports – also a subsidiary of AT&T’s WarnerMedia – which televises some of its major events. Another is ESL, owned by the Modern Times Group (STO: MTG-B) media company based in Stockholm, Sweden.