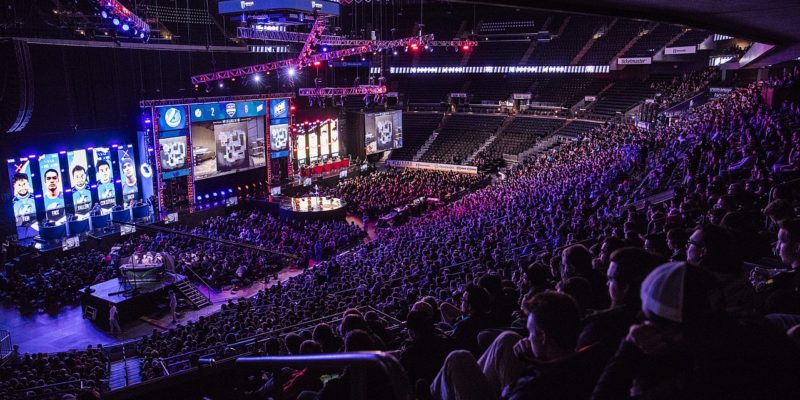 A sold out CS:GO Esports tournament.

Advertising and sponsorships are most anticipated to drive esports revenue growth over the next year, according to the second annual Esports Survey. Conducted by law firm Foley & Lardner and the Esports Observer, the survey gathered opinions from over 200 professionals either within or adjacent to the esports and traditional sports spaces.

For the second year in a row, the report reviewed the progress that the esports sector has made in 2019 and what experts are anticipating in the year to come. While investments in the space are set to grow, the survey also honed in on potential challenges on the horizon.

Esports Investments on the Up

Of the 204 experts surveyed, 47% expected that private equity and venture capital firms would boost esports investments over the next year, up from 2018’s 39%. Further, 47% of respondents expect that teams, leagues, athletes and celebrities in the traditional sports space will also increase their investments.

“Among respondents who believe that traditional sports will increase investment in esports, 88% think they will do so to a significant or moderate extent,” the survey read.

As this anticipated growth begins to take shape, 51% of respondents predicted that advertising and sponsorships would be the top driver of revenue in the space, up from last year’s 41%. According to the survey, this growth is reflective of endemic and non-endemic brands becoming increasingly involved in the sector.

2019 has been a big year for non-endemic brands to get involved in esports investments, with examples including Louis Vuitton designing a trophy case for the League of Legends Summoner’s Cup.

Meanwhile, second place went to in-game purchases and revenue at 21% while media rights took third at 11%; media rights previously sealed the second rank in 2018 at 24%.

Also set to grow is the popularity of mobile and tablet versions of esports games; 78% of respondents predicted they would pick up among fans and nonprofessional players to a significant to moderate extent.

The survey also saw expectations of increased M&A activity throughout categories such as streaming and broadcasting at 62%, events and tournaments at 60% and franchised teams at 59%. As far as offering the most promising esports investment opportunities, the United States and China took the top two spots at 60% and 56%, respectively.

What to Watch Out For

While many signs point to continued investments in esports, a sector expanding this rapidly is set to come with its share of growing pains. Some of the biggest concerns among respondents were cheating and match fixing at 68%, with 47% of that group having highlighted a lack of fraud detection systems as a contributing factor to these worries.

Meanwhile, other respondents raised concerns about the control that game developers currently have over esports. Publishers controlling access to data and application programming interfaces (APIs), along with the dictation of which teams can participate in leagues and tournaments, were seen as the biggest negative implications of this control at 47% each.

On the legal side of things, however, the survey shed light on an interesting perspective that organizations should watch for. 70% of respondents said they prioritized staying up-to-date with legal issues and complying with laws and regulations.

This comes alongside 61% of respondents stating their concerns about IP rights and licensing issues posing a significant legal risk, with 54% worrying about contracts that don’t offer adequate player protection.

The Future of Esports Investments

As the industry continues to boom and expand hand-in-hand with the technology sector, advanced technology is anticipated to help the esports sector blossom. Analysis of prior matches for improved performance was top ranked at 73%, while measuring audience engagement and marketing/brand impact came in at 70% and 66%, respectively.

With this technology on the rise, it is expected to help alleviate some of the aforementioned problem areas in the esports growth outlook.

“Broadcasters can add value by using technology that enables them to translate esports data into insights and visuals to enhance the viewer experience and display advanced player statistics. Given concerns about match fixing noted above, tournament organizers and betting providers can analyze data to identify potential instances of cheating,” the survey read.