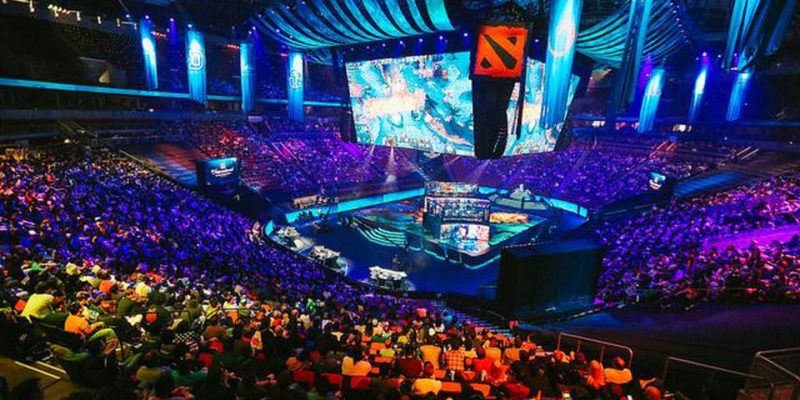 The esports economy is expected to reach $1.1 billion this year according to data from analyst firm Newzoo, and the industry will continue to grow moving forward. Global revenues have already exceeded those of several traditional sports organizations, including the MLB, NBA, and NHL. There is still some ways to go, but some predict that esports will one day be bigger than the NFL.

That growth is partly driven by bigger and more spectacular events, with locations around the world building stadiums and other projects specifically tailored to hosting and broadcasting esports tournaments. Some of these large-scale tournaments already have prize pools that rival or exceed those featured in traditional sports. 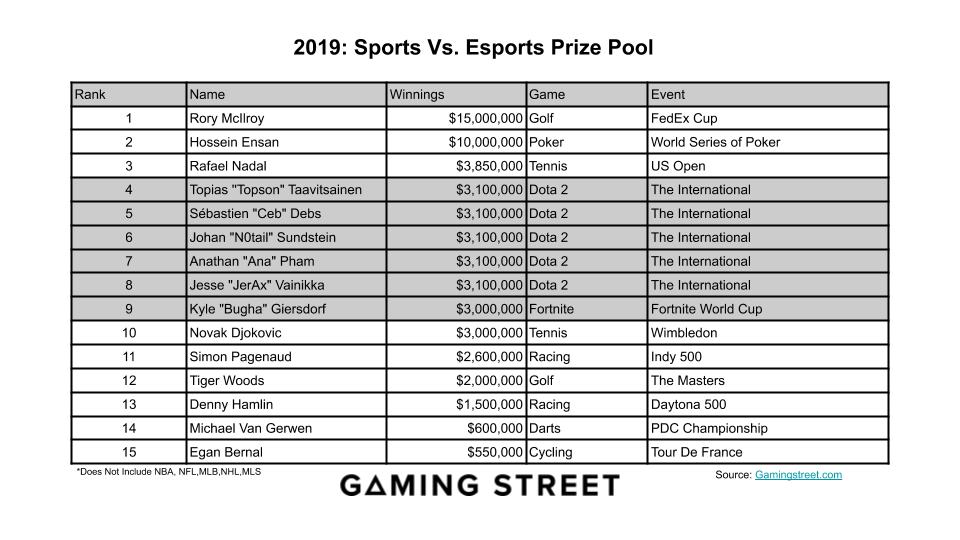 For instance, the Dota 2 finals tournament, called The International, alone takes up five spots among the world’s biggest sports prize pools. Data collected by Gaming Street shows that the top five players each took home $3.1 million, which is $100,000 more than what Novak Djokovic took home at Wimbledon (the tenth place spot) this year, but $750,000 less than Rafael Nadal’s US Open prize. The International winners took home 45.5% of the $34.2 million prize pool, and they take up the fourth through eighth spots on the list.

The International 2019 was Twitch’s most-watched Dota 2 tournament in history, with about 1.1 million viewers tuning in from around the world, according to GitHyp (Esports Charts puts it at 1.9 million), despite the fact that the tournament took place in Shanghai at 10 AM local time.

The Dota 2 winners are followed by Kyle “Bugha” Giersdorf, a 16-year-old who made headlines when he won $3 million at the Fortnite World Cup Finals. Over 2 million concurrent viewers across Twitch and YouTube alone watched him become a millionaire. According to some, it was in that moment that Fortnite officially became a tier-one esport.

Fortnite is officially a tier 1 esport

Of the 15 sports and esports listed, only three have prize pools that surpass Dota 2. Of them, the FedEx Cup tops the list, with pro golfer Rory McIlroy winning $15 million. He is followed by Hossein Ensan in World Series Poker and Rafael Nadal in the US Open, who won $10 million and $3.85 million respectively.

The Gaming Street 2019 Sports vs Esports Prize Pool list does not include the NBA, NFL, MLB, NHL, or MLS.