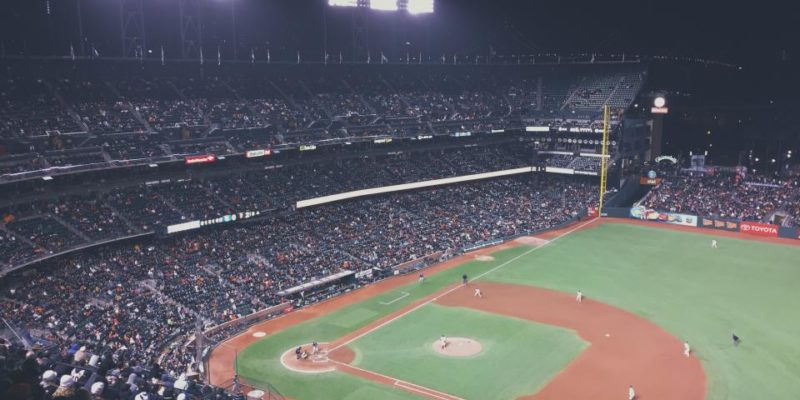 Damn, here we go again
Everybody sayin’ what’s not for him
– Everything I Am, Kanye West

This week was a collaborative effort with Nick Mersch (Purpose Investments). Full credit goes to him for the idea. We’re following on to the piece we did 2 weeks ago comparing viewership numbers between Ninja (a top individual streamer) and the esports leagues as a whole. What we’re looking at this week is marketability of the different leagues, and their prize pools. It can be common for people to be long prize pools and short the Overwatch League for a variety of reasons. In this case, we suggest that the Overwatch League may actually have created quite a marketable commodity. A big thank you goes to the team at Stream Hatchet as well (owned by Millennial Esports). Without their data, this simple analysis wouldn’t be possible.

First, let’s talk about the major events: At the end of the day the data boils down to comparing the Overwatch League to The International 2019 and to the Fortnite World Cup. The Overwatch League is a franchised league competing in the game ‘Overwatch’. It is operated much like traditional sports, with a regular season, playoffs, and franchises centered around different locations (like the Vancouver Titans or the Toronto Defiant). The International 2019 (Dota 2) and the Fortnite World Cup (Fortnite) by comparison are esports events that, you could say, are run more like tennis or golf if you want to make a traditional sports analogy. They are typically centered around one big event for the year, with qualifiers to determine who can compete.

Overwatch, which is owned by Activision Blizzard, has taken heat for creating a franchise model for esports. In other words, for bringing a traditional sports model into esports that involves groups having to come up with large of sums of capital (+$30M) to purchase a ‘slot’ in the league to compete. You can think of it like purchasing a ‘slot’ in the NFL to have a team in Indianapolis and calling them the Colts. Activision-Blizzard has taken heat for this because people have suggested that it creates an uneven playing field from an access to capital standpoint, and perhaps most pertinently, that esports audiences won’t be attracted to a traditional sports model.

We thought that instead of taking one side or the other in this fight, we’d just take a peek at the data to see what people are really doing.

Now, let’s take a peek at the data: We looked at the prize pool, hours watched, views, and the total airtime for the major esports events in the past few months.

This was all sourced from Stream Hatchet, you can see the raw data below as a screenshot: 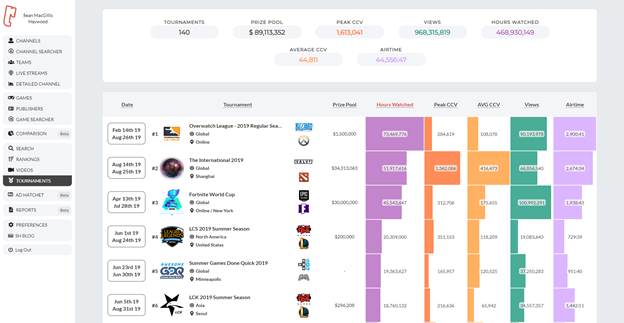 While both The International 2019 and the Fortnite World Cup made major headlines because of their respective prize pools, the Overwatch League generated more hours watched for similar airtime. Views were higher for Fortnite, but even with a $34M prize pool, the Overwatch League had an overall higher view count with very similar airtime. The data is clear, that a traditional sports model is being consumed by an esports audience, and at a rate that is so far, in excess of that in other models.

So, are organizations like Luminosity or Overactive Media crazy for gaining exposure to the franchise model? Likely not. The Overwatch League offers a consistent product over a longer period of time, as opposed to betting on the success of a singular event as Fortnite or Dota 2 do in their respective events. The data is demonstrating that esports audiences are consuming a product delivered in a way that is similar to traditional sports. It’s also a content product that endemic brands understand, and with proper data (which Stream Hatchet is helping to solve) for a brand to conduct a similar analysis to this, you can probably expect to see more and more endemic brands become part of the Overwatch League ecosystem.

In December they brought on Keyvan Peymani as their Executive Chairman (the former head of startup marketing for Amazon Web Services and a former VP at Warner Bros and Disney) as they began to scale their platform to new games. They allow players to win real-life rewards while playing in-game, and can be integrated into any Unity-based game.

Axion Ventures (TSXV:AXV) – Provided their corporate update and closed ~C$2.5M in debt from a shareholder loan and a 1-year 90c convert