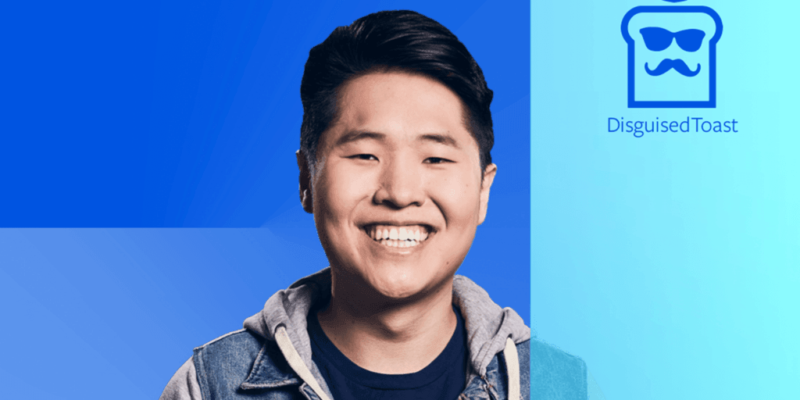 “One of my favorite things about streaming is that I get to engage with viewers from across the world,” Disguised Toast said in a statement. “My move to Facebook Gaming will give me a larger platform to share my voice with a global audience and hear their perspectives on the gaming landscape.”

This exclusive streaming acquisition is the first in North America for Facebook Gaming. According to a report by Stream Elements, the platform made up 3.7% of live hours watched during Q3 of 2019. In comparison, Mixer had 3.2%, YouTube with 17.6%, and Twitch with 75.6% at the time. Other streamers have also recently made the switch to new platforms, with Tyler “Ninja” Blevins and Michael “Shroud” Grzesiek parting ways with Twitch for Mixer. YouTube Gaming also signed Jack “CouRageJD” Dunlop in an exclusivity deal earlier this month.

“Although they only have a sliver of the market, they have continued to grow, even in months like September when other platforms dropped in hours watched, and now have another prominent streamer to attract more viewers,” commented Doron Nir, CEO of Stream Elements.

“While it can take years to be a true competitor in the live streamer space, they have a solid foundation and are making significant talent acquisition moves beyond the U.S., such as in Asia and Latin America where a lot of their growth is happening.”

While Disguised Toast’s first stream accumulated over 2.6 million views, Facebook will have to do more to gain market share. Earlier this month, Facebook acquired streaming talent in Asia and Latin America. Though the company originally made up 5.3% of total hours watched during Q2, that number has since dropped by 1.6% in Q3. However, Facebook reported almost 1.62 billion daily active users (DAU) in Q3, making it well-positioned for potential growth.