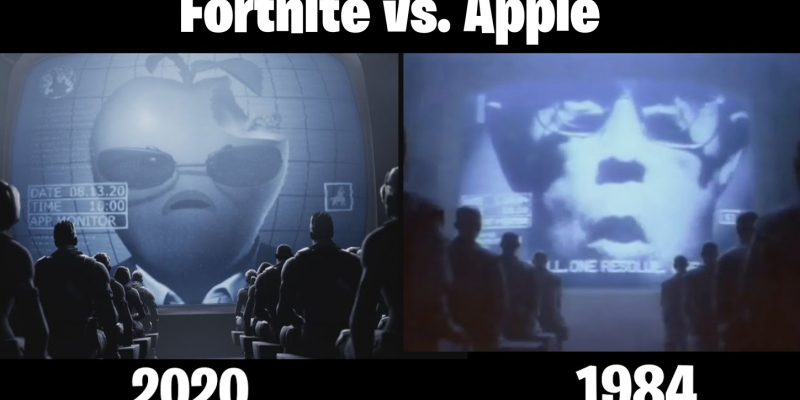 Yesterday, Epic Games decided to offer Fortnite players on mobile the ability to purchase in-game items directly through their Epic Direct Payments system (in-app), thus circumventing the expensive 30% cut that Apple  and Google  take through their mobile app stores. Epic is passing through all of those cost savings to its players.
Within a few hours, the Fortnite app was removed by Apple and Google. Epic fully expected this and quickly issued a lawsuit against both companies. Epic, led by Tim Sweeney, is pushing primarily for the 30% fees to be dramatically reduced.
A couple of reflections here:
1) Apple & Google are being inconsistent – Epic created a payment option within their Fortnite app that was cheaper and would pay Epic directly (bypassing Apple’s fee). This is not too dissimilar from many other apps that don’t allow any payments via the mobile app. For example, Netflix and Spotify force users to pay on their websites (bypassing Apple’s fee). Apple and Google have chosen not to ban apps like Netflix and Spotify yet they are choosing to ban Fortnite.
2) Mobile gaming is their core offering – video gaming accounts for over 70% of app store revenue for both Apple and Google (it’s a big deal). In 2019, net of the 30% fees, Apple made ~$16B ($11B = 70%) and Google made ~$8.7B ($6.1B = 70%) in revenue from their respective stores. Video gaming is by far the most important revenue driver for their mobile app store businesses.
3) Fortnite is 0.93% of Apple’s app store revenue – As of April 2020, 96% of the ~130M Fortnite mobile downloads have come through iOS. In 2019, Fortnite brought in ~$500M in sales for Apple, which resulted in ~$150M in revenue (30% fee). This $150M is only ~0.93% of the App Store’s total revenue for 2019 ($16B), yet Fortnite has significant influence in the video gaming space.
4) 1984 Macintosh vs #FreeFortnite – After the ban, Epic released a video online mimicking Apple’s famous Macintosh ad from 1984 (watch it here, side by side). Epic accuses Apple of being the bad guy this time around, instead of the hero. The video ends with the hashtag, #FreeFortnite, which quickly became the top trending tag worldwide on Twitter.
5) The Epic lawsuit is an antitrust question – In 2001, a district court ruled that Microsoft violated the Antitrust Act by making it harder for PC manufacturers and users to uninstall Microsoft’s Internet Explorer and use third party browsers and programs. The U.S. government argued this created a monopoly for Microsoft to control not only the PC market but the browser market as well. Epic is similarly arguing that Apple places unreasonable restrictions on third party app developers to create and market their software for iPhones.
Takeaway: this is a big deal. Given video gaming’s importance to their app stores, it is no surprise that Apple and Google want to crack down on Fortnite (industry leader), yet they should then also ban Spotify and Netflix as well (but they won’t). If enough game publishers follow suit, this will put significant downward pressure on the 30% distribution fees. It is unclear to us where the lawsuit will go, but this is a healthy challenge by Epic and will be a net positive for the video gaming industry.