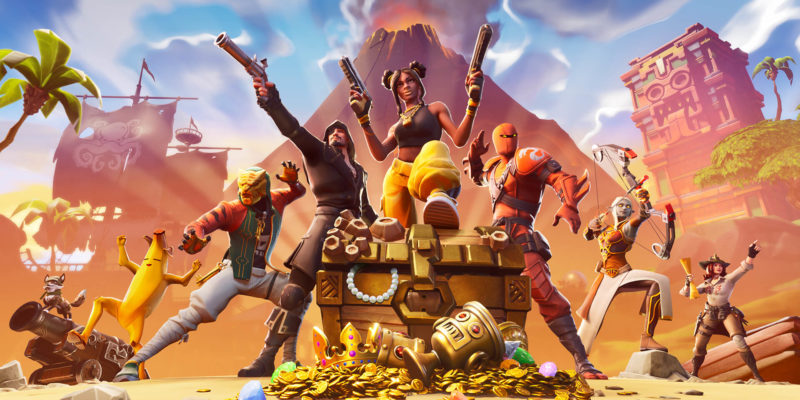 Epic Games’ Fortnite still dominates spending among players of online games two years after its release, but revenues declined 52% for the title between Q2 2018 and Q2 2019.

The data comes from market tracking firm Edison Trends, based on its analysis of receipts emailed to consumers from its data panel. According to Edison’s ongoing analysis, Fortnite revenues were increasing an average of 110% every month from November 2017 through May 2018, but have been trending downwards with occasional spikes ever since.

The game’s best month for player spending was December 2018, which coincided with the “14 Days of Fortnite” holiday promotional event.

Revenue from player spending in decline across competitive titles

Edison also tracked spending in three other major competitive multiplayer titles: Apex Legends, Call of Duty: Black Ops 4, and PlayerUnknown’s Battlegrounds (PUBG). Apex Legends‘ revenues from player spending outperformed both Call of Duty and PUBG almost immediately upon its launch in February. Since then in-game spending in Apex Legends has gone through a period of quickly tapering off and slowly rising again. It is currently a distant second in player spending, behind Fortnite.

Player spending in Call of Duty: Black Ops 4 nearly equaled Fortnite‘s numbers in the period immediately following its release in October 2018, but its performance has since fallen considerably. Player spending in PlayerUnknown’s Battlegrounds peaked in December 2017, about nine months after its initial release, and has been very gradually declining ever since. Spending in PUBG hasn’t seen a significant spike in almost two years, but it boasts the most stable revenue stream of the analyzed titles. 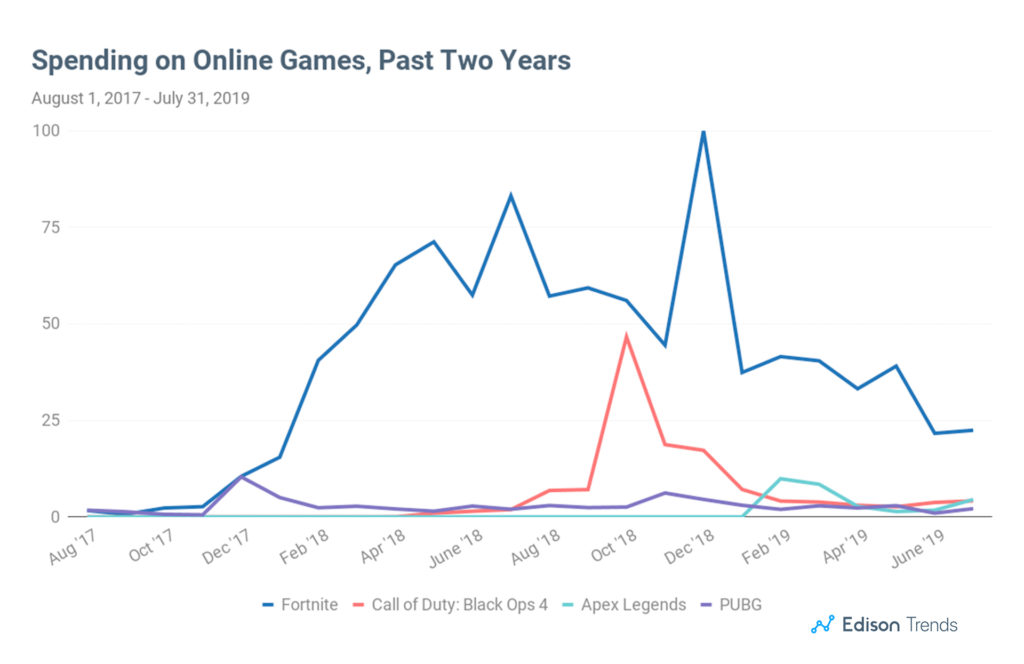 PlayerUnknown’s Battlegrounds may be a slight contender compared to Fortnite, but mobile spinoff PUBG Mobile has become an international hit.

Analytics firm Sensor Tower recently reported that Game for Peace, a Tencent-rebranded localization of PUBG Mobile that includes Chinese military propaganda, has seen a remarkable 540% year-over-year revenue increase. During the same period, monthly spending in Fortnite Mobile — which is not available in China — fell 36%.