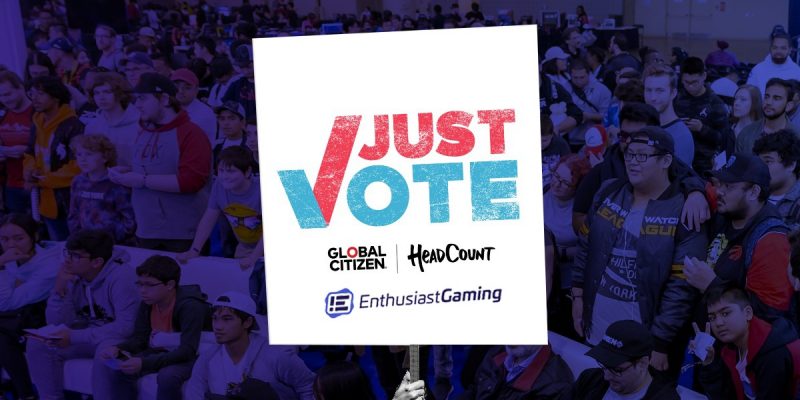 Now more than ever, it is important to exercise your right to vote for the upcoming United States elections no matter your political allegiance. With everything that has happened over the last few months let alone years, this election is looking like it is the most important and impactful in recent history, especially for the younger generations; GenZ and Millennials as they now represent more than a third of eligible voters.

Pocket Gamer Staff gave a great analogy “Besides, not voting is a bit like going unarmed into Fortnite, playing CSGo without allies or failing to pick up Mario’s mushrooms – i.e. you’re still in the game, but you’re giving up on a sizable power-up. You’ll also be missing out on a chance to win some awesome prizes!” in their article [https://www.pocketgamer.com/articles/084211/dont-play-around-in-the-us-election-just-vote/]. Of course not everyone has to vote, but why wouldn’t you? Voting gives every single eligible individual the opportunity to be a part of something bigger, to be a part of something that can change the course of history and something that can help shape the future for themselves and future generations.

Enthusiast Gaming , the leader in online gaming communities, has partnered with two advocacy organizations; Global Citizen & Headcount in an effort to promote the importance of voting. The goal is to reach the GenZ and Millennial populations as they are predominant in the gaming and esports sectors. Enthusiast Gaming in all has a monthly audience of 300 million gamers across the U.S. and are a strong resource to reach the target audience to promote to vote.

The Just Vote campaign which launched earlier this month, mobilizes support from artists, influencers, media and corporations to give young Americans the tools to use their voice in the 2020 U.S. elections, and rewards them with exclusive experiences, performances, and memorabilia, which can only be unlocked through checking their registration status.

Where Enthusiast  comes into play besides from promoting the campaign to their vast audience base, is through reward incentives geared specifically towards their fanbase. This includes a Fortnite gaming experience with Luminosity Gaming’s esports celebrity influencer, Muselk (10M+ followers on YouTube and Twitter), a signed jersey from celebrity brand ambassador and shareholder, NFL star Richard Sherman, team Luminosity swag, signed jerseys from the Vancouver Titans of the Overwatch League and Seattle Surge of the Call of Duty League, and Pokémon merchandise signed by gaming YouTube influencers Mystic7 and JTGily.

With the largest gaming audience worldwide, Enthusiast Gaming is sure to help along with their strong social media presence and roster of celebrity influencers, YouTube stars and digital advertising inventory. Besides Enthusiast having the largest audience and outreach, the gaming industry as a whole is a major source to reach voters, making Enthusiast Gaming the primary resource to do so. Here’s a look at the stats endorsing the gaming world as an outlet to reach voters from [https://mashable.com/article/gamer-stats-voting-in-2020-and-for-which-party/]:

So be sure to join your favourite streamers and influencers, and Just Vote in this years elections!