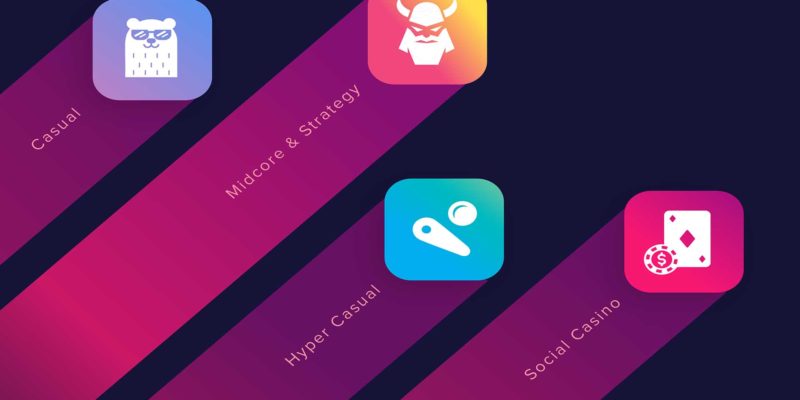 The mobile gaming industry is continuing to grow at a rapid pace and is on track to reach 60% market share in gaming spend in 2019. At its current pace, revenues will reach $95.4 billion by 2022, according to a report by mobile app marketer Liftoff and mobile attribution firm AppsFlyer. The report also indicates that games on Apple iOS devices saw a significant decline in user engagement compared to Google Android this year, with the period ending May 31. This suggests that things may be shifting between the two platforms.

The report states that we currently live in a “Golden Age of Gaming,” where games account for about 33% of all mobile downloads and 10% of time spent on mobile devices, according to market data provider AppAnnie. Additionally, a study from Newzoo and Activision Blizzard shows that 1 in 2 users have opened games within the past several days. That makes gaming the third most popular type of app, behind social media and shopping apps.

Overall, spending is still extremely high across both iOS and Android, but both platforms have their tradeoffs. For instance, Android accounts for 85% of the smartphone market according to data from market research company IDC. On the other hand, Apple iOS apps tend to make higher revenues. But that’s things are starting to change, as iOS continues to lose market share in Europe, Japan, and China.

According to Liftoff, Android users are a bargain to acquire, costing $3.21 each, while iOS users cost $4.85.

But at the same time, the cost to acquire an Android user who makes in-app purchases has risen 9.9% to $33.83 since last year. This puts it within the same range as the cost of acquiring a paying iOS user at $36.63, but the shift in engagement changes the math.

Although the conversion rate to paying users has fallen to single-digits (9.5%) on Android, iOS saw a steep decline in conversion, dropping to 13.2% compared to 21% in the previous year. Liftoff explains that this could signal a downward trend for Apple’s platform, so games that rely exclusively on iOS for its revenues may want to reconsider their strategy. In fact, the report predicts that 2020 could be the year of Android gaming.

The report names the UK as having the lowest acquisition cost per paying user at $24.53 while also having the highest engagement rate (17.3%).

Meanwhile, Asia Pacific is becoming an increasingly important market. It experienced a 190.7% increase in install-to-in-app-purchase rates compared to last year. At the same time, the cost of acquiring an Asia Pacific user have fallen by almost half from $71.02 in the previous year to $41.87

Liftoff also found that although each gaming sub-category appeals to a different audience, social casino and hyper-casual games consistently rank at the top for user engagement. However, social casino games tend to win out when it comes to long-term retention after 30 days. They are followed by midcore (role-playing, action, and adventure titles) and strategy games, which end up being tied for third place with casual games after about two weeks.

The year of Android gaming

This year’s annual Liftoff report stands in stark contrast to last year’s, which showed iOS as the clearly dominant mobile platform. But even then, the company indicated that Android was gearing up to offer heavier competition, which has come true. If this year’s prediction also comes true, we can look forward to a major shift in the mobile gaming market.