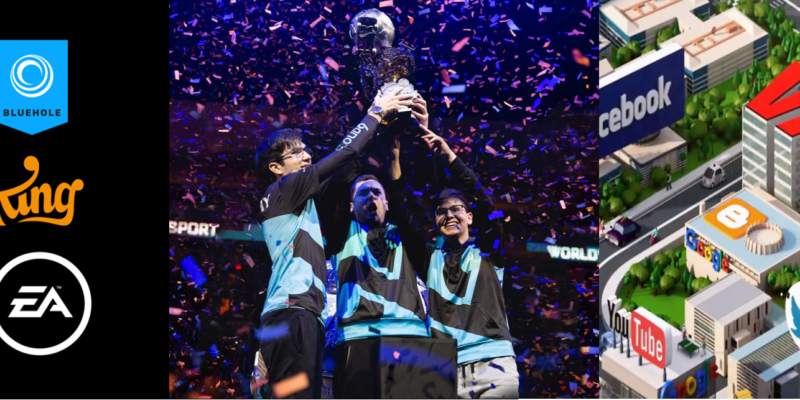 The video game market is a $152B global industry that has grown at 11% CAGR over the last seven years. In 1995, only 100M people played video games (primarily console) but today there are over three billion people who play video games. Video gaming is also commanding a larger part of people’s days, as the average consumer spends 24 minutes per day playing video games according to data from analyst firm Newzoo.

Given the fundamental tailwinds above, investment capital has increasingly sought opportunities in this space, both in the public equity market as well as in the private market.

In this piece, we break down the 3 primary ways that you can allocate capital to this space in the private markets:

At Konvoy Ventures, we are focused on investing exclusively in the third category: infrastructure companies, yet we specifically focus on the technologies that provide the “picks & shovels” for this accelerating space.

Our Perspective on Each Category:

The video game market is valued at $152B (3.5x the film industry, 7.4x the music industry), thus attracting significant interest from the investment community.

A large part of this market is dominated by the largest developers, yet the primary way to get exposure to them is via the public equity markets. A few of these stocks include companies like Tencent, Activision Blizzard, or EA. If you invest in these companies, you will have exposure to all of their titles and business lines. Another option is to invest in late-stage game studios like Epic Games, yet these rounds are extremely competitive with strategics like Tencent & NetEase at the table.

The other option is to make early-stage investments into smaller video game studios, such as the ones that put their projects on Kickstarter. The most funded category on Kickstarter is their gaming section which was the first category to raise more than $1B on their platform.

Investing in a video game studio is not too dissimilar to investing in an independent movie. It can be immensely profitable yet the success stories are quite rare, making this one of the riskier investment categories of gaming.

Investing in the professional scene of esports has primarily taken place through esports teams (“orgs”), similar to buying a NFL or NBA team. For non-endemic investment groups (especially family offices & VC firms), this has been the preferred method to date in order to get direct exposure to the accelerating competitive scene around video games.

These professional teams have been trading at ~14x revenue multiples whereas traditional sports teams trade at ~5x revenue. Investors see the growth of esports and are paying for that projected growth today in these valuations.

The business model for these esports teams are early in their maturity yet they have been attracting “tech multiples”, which we wrote about extensively (“Esports Teams: Valued as Tech Companies”). Most organizations are not profitable (yet), which is forcing them to keep raising capital at higher valuations to pay for operating expenses and for $10–35M franchise fees (we don’t like franchising: “Esports Leagues: Stop Franchising”).

Recently, we have already started to see investment groups selling their positions in esports orgs because they aren’t seeing the monetization to justify the extreme valuations they paid upon entry. This correction trend will unfortunately continue as valuations normalize and maturing business models come to fruition.

We firmly believe in the long term growth of esports & the teams, yet their valuations should reflect the scalability of their current business models.

There is a serious problem when esports orgs are forced to keep raising money just to stay alive and we believe that we’re in the midst of watching a correction in the esports team market. Our advice: wait for this correction to play out and then pay a rational valuation for these teams.

A third way to get exposure to the gaming space is to invest in the infrastructure & technology companies that support this industry.

Note: video gaming is the bedrock upon which the competitive scene (esports) is built. Just to put this in context, video gaming is a $152B market and esports is only ~$1.5B (1%).

Video gaming is a digital entertainment industry that is increasingly social (Fortnite), entertaining (streamers), and competitive (esports). Investing into the infrastructure and “picks and shovels” of gaming gives diversified exposure to this industry that is not reliant on the success/failure of any particular video game or genre.

Good examples of technologies that are built to support the growth of this industry include companies like Twitch, Skillz, Unreal Engine, or Discord. Each of these is not dependent on the rise or fall of any particular video game or genre (i.e. will Fortnite be popular in 24 months? Read more here: “Why Fortnite Won’t Die”). Additionally, these technology companies are not reliant on whether any particular esports professional team does well.

We see technology investments as the best way to diversify risk yet get direct exposure to this accelerating, established, and massive market in video gaming.

Note: the esports market is growing and is directly correlated to the rise of socially competitive gaming, which is doing well as the barrier to entry for consumers is decreasing (“Video Gaming: the Next 1B Gamers”). We believe it is important to look at esports as an extension of gaming just like you would look at the NFL as an extension of sports.

Within esports and gaming, you have successful companies in the B2B and B2C space. This includes companies like Twitch who were been acquired by Amazon for $970M and others like Zynga who raised $1B via an IPO.

We believe that investing in a video game studio is too binary (high risk) and is a very crowded market. We also believe it’s quite challenging, if not impossible, to predict what video game will be popular next month. In regards to esports teams, they are still sorting out their business model and are currently overvalued in a slowly maturing competitive scene. Therefore, we believe that the best way to get exposure is by investing in the technology companies that support the infrastructure and “picks & shovels” of gaming.