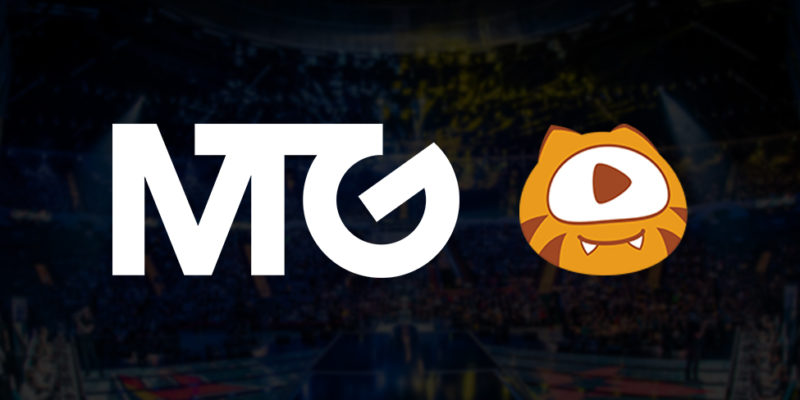 Modern Times Group (MTG; STO: MTG-B) announced that it is entering a binding term sheet with Chinese live streaming platform Huya (NYSE: HUYA) with the intention of forming a joint venture. The agreement will expand ESL esports broadcasts to China while Huya acquires a $30 million USD minority stake in ESL comprised of primary and secondary shares.

As a whole, ESL is estimated to be worth $425 million. As part of the partnership, ESL and Huya will build local Chinese esports competitions that will be featured on the global ESL tournament calendar. According to a statement, these events will be designed to “ensure maximum Chinese esports athlete participation on a global scale.”

As part of the deal, ESL is issuing new shares valued at $22 million, increasing the capital for further expansion. Once completed, the partnership will further strengthen ESL’s position as a globally esports company by expanding into the Chinese market.

Newzoo estimates that the Chinese esports market is expected to generate $210 million in revenues in 2019, surpassing Western Europe to become the second-biggest esports region in the world in terms of revenue.

“We are pleased to establish a close partnership with ESL, which demonstrates Huya’s further penetration into the global esports sector. Together with ESL, we are thrilled to bring more world class global esports content to Chinese gaming enthusiasts,” said Huya CEO Rongjie Dong in a statement.

ESL has been putting increased focus on expansion in recent months. In 2018, the company extended its longstanding partnership with Intel (NASDAQ: INTC) to invest over $100 million into esports events, particularly in Asia-Pacific countries.

Additionally, MTG spun off its TV business earlier this year to focus exclusively on gaming and esports. Expanding the viewership will be key to making the business profitable through sponsorship deals, selling media rights, and advertising revenue. As of this time, the esports TV business has yet to turn a profit, as ESL posted a 174 million-krona ($17.7 million) operating loss earlier this year.

Shares in MTG grew by 25%, the most on record, following the announcement.

MTG President and CEO Jørgen Madsen Lindemann said that the partnership with Huya will, “pave the way for a successful ESL expansion into the thriving Chinese esport and gaming market in due time.”