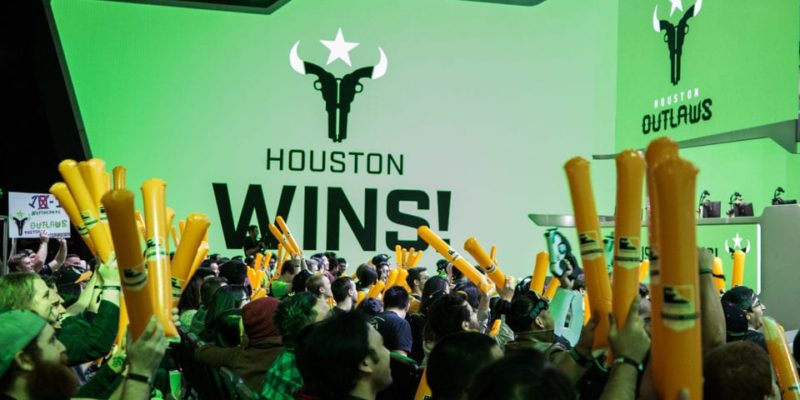 The financial details of the acquisition have not been disclosed. However, the current valuation of Overwatch League franchises is around $40 million to $60 million. In 2017, the initial franchise fee was $20 million. After a successful initial inaugural season, Activision Blizzard (NASDAQ: ATVI) raised prices for expansion slots to between $30 million and $60 million.

“As ongoing owners in the Overwatch League through our Los Angeles Valiant franchise, we are thrilled to welcome Beasley Media Group, Caroline Beasley, Chris Roumayeh, and the entire Beasley/Team Renegades group to the Overwatch League,” said Ari Segal, CEO of Immortals Gaming Club, in a release. “They have exciting plans to deepen the already strong connection between the Outlaws and the local Houston market and represent the ideal strategic owner for this asset. We would also like to thank Bobby Kotick, Dennis Durkin, Pete Vlastelica, and the entire Activision Blizzard team for their help in facilitating this transaction.”

In June of 2019, Immortals Gaming Club acquired the Houston Outlaws franchise after its acquisition of parent company Infinite Esports and Entertainment, following their $30 million Series B funding round. Unfortunately, the IGC couldn’t retain ownership of the Outlaws due to their existing ownership of the Los Angeles Valiant franchise. Activision Blizzard provided oversight and management during the interim period. Cooley LLP acted as exclusive counsel to the Immortals Gaming Club.

There were reports that Houston-based real estate investor Lee Zieben had agreed in principle to purchase the franchise, in a deal reported to be $40 million. However, this deal seemed to have stalled in October.

“The acquisition of the Houston Outlaws significantly expands our growing esports platform. Beasley is very excited to expand its operations to Houston, which is home to one of the largest esports fan bases in the US,” said Caroline Beasley, Chief Executive Officer of Beasley Media Group. “We look forward to initial contributions from this exciting development when the league’s third season begins in February. The acquisition of the Houston Outlaws furthers our revenue and cash flow diversification strategies.”

Beasley will utilize its media network, with 65 radio stations in large and mid-sized markets toward the venture. It will also leverage its 24/7 coverage of esports news to help deliver content related to the newly acquired Houston Outlaws franchise. Revenue sources such as ticket sales, advertising, sponsorship, licensing, e-commerce, and other partnerships will be used to build value.

“The Houston Outlaws have a fantastic new ownership team and we’re excited to welcome the Beasley Media Group to the Overwatch League,” said Pete Vlastelica, President and CEO of Activision Blizzard. “We look forward to working with them and ensuring a smooth transition for the team, the players, and the fans. Outlaws fans are incredibly passionate and 2020 is going to be an exciting year for the entire league.”