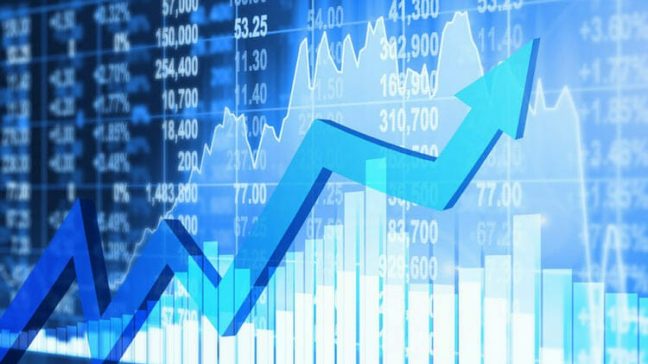 An interest rate cut may be coming soon, as hinted by US Federal Reserve Chair Jerome H. Powell during his testimony before the House Financial Services Committee. He said that risks to the United States economy, including President Trump’s trade war and global economic weakness, remained. Therefore, the Fed is likely to cut interest rates when it meets again later this month. The suggestion was enough to send stocks soaring to new highs on Wednesday, with the S&P 500 stock index trading above 3,000 for the first time.

In his testimony, Powell said that “it appears that uncertainties around trade tensions and concerns about the strength of the global economy continue to weigh on the US economic outlook.”

Although the statement indicates that trouble is ahead for the US economy, investors largely ignored the warning and celebrated the potential interest rate decrease, which would decrease borrowing costs and make stocks more appealing. Decreased interest rates impact stocks by lowering the returns on new investments in bonds, which are the most common alternatives to stocks. A rate cut would also make it easier for consumers to borrow money, which could lift up an economy while boosting corporate profits. The US economy is in a relatively strong position right now, with solid job growth and low inflation, which has driven the longest bull market in history. The rally began in 2009 and the S&P 500 index has more than quadrupled since then.

However, Powell warns that uncertainties about the economy have become uncertain in recent months, including “a number of government policy issues have yet to be resolved, including trade developments, the federal debt ceiling, and Brexit.”

Officials said that they would be closely monitoring events such as the ongoing trade negotiations between the US and China. There’s no guarantee that talks will end the trade war, which has already begun to cause economic damage around the world. Trump has placed tariffs on $250 billion worth of Chinese imports, and China retaliated in kind. It’s unclear when the standoff will be resolved. In the meantime, Britain is still in the process of a tumultuous exit from the European Union and the US government may need to raise the debt ceiling again this fall to keep borrowing money. Although Powell never explicitly said that an interest rate cut is coming, investors expect the announcement to come from the Fed’s July 30 to 31 meeting. The Fed will enter a pre-meeting blackout period on July 20, giving officials two weeks to manage the public’s expectations beforehand.

Officials have so far avoided committing to interest rate changes ahead of meetings, but they will sometimes signal where rates will be headed if they believe investors are way off the mark to avoid market volatility. Things are currently unclear, especially since the Fed policymaking committee was split in June over deciding whether the central banks should cut rates this year. Eight officials voted to reduce rates before the end of the year while the remaining nine members decided on no change or rate increase. However, tepid price gains may make the rate cuts more likely, especially given the growing instability of the global economy. For instance, inflation rose to 1.5% this year through May, which is well below the Fed’s 2% target. Weak prices increase the risk of deflation, which may also damage the economy while leaving less room for rate cuts in a downturn.