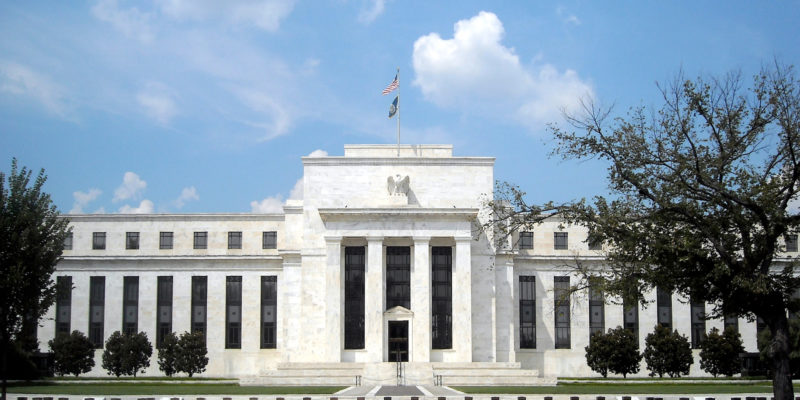 The US Federal Reserve cut interest rates by 0.25% on Wednesday, lowering the rate to about 2.25%.

In a statement, the Fed said it would cut rates “in light of the implications of global developments for the economic outlook as well as muted inflation pressures.” The Fed further asserted that it would “continue to monitor” incoming data to make appropriate changes when necessary. Analysts have suggested that this could mean further rate cuts are a possibility.

The last cut to interest rates was in 2008, when they were lowered to stimulate borrowing in the wake of the 2008 financial crisis. At that time, rates were slashed to just 0.25%, which is effectively zero and the lowest they can realistically go. Interest rates stayed at there until December 2015, at which point the Fed began slowly raising them again as a response to the country’s comparative economic stability.

The 0.25% cut was partially the result of pressure from President Trump, who has repeatedly criticized the central bank for not doing enough to boost the US economy. The President stated on Twitter on Monday, in anticipation of the lowering of rates, that “a small rate cut is not enough.”

Tech companies have been taking ample advantage of the last decade’s low interest rates. A USA Today analysis of the Standard & Poor’s 500 index found that in 2016 the tech industry had taken on $451.4 billion in long-term debt, an increase of 42% over the previous year. The analysis revealed that Apple (NASDAQ: AAPL) had taken on $68.9 billion in debt, the highest of any company in the tech sector, despite being valued at $628.63 billion at the time of the study.

USA Today found that in 2016 Electronic Arts (NASDAQ: EA) had approximately $1 billion in long-term debt. In 2011, EA borrowed $550 million to cover part of its $1.3 billion acquisition of mobile game company PopCap Games. As of June 2019, EA’s long-term debt stands at about $995 million.

Microsoft (NASDAQ: MSFT) has historically been reluctant to borrow. In 2016 it was one of just two tech companies to earn a AAA debt rating from Standard and Poor’s, the other being Facebook (NASDAQ: FB). The Xbox and Windows producer is not completely opposed to taking on debt, however. In 2015 the company borrowed $10.75 billion to finance its acquisition of LinkedIn. Microsoft’s long-term debt for the quarter ending June 30, 2019 was $72.5 billion, down 8.42% year-over-year.

EA set the precedent for using debt to finance studio acquisitions, and with interest rates decreasing again, it’s possible to imagine other studios following suit. Microsoft has been on an aggressive campaign of studio acquisitions in recent years, most recently taking Double Fine Productions under the Xbox Games Studio umbrella in June. The strategy has been so successful for Microsoft that chief rival Sony is reportedly considering following suit.

If interest rates continue to drop, it’s conceivable that Microsoft could begin taking on debt to fund further studio purchases. The investment might help the company boost its flagging gaming revenue in the medium- to long-term.