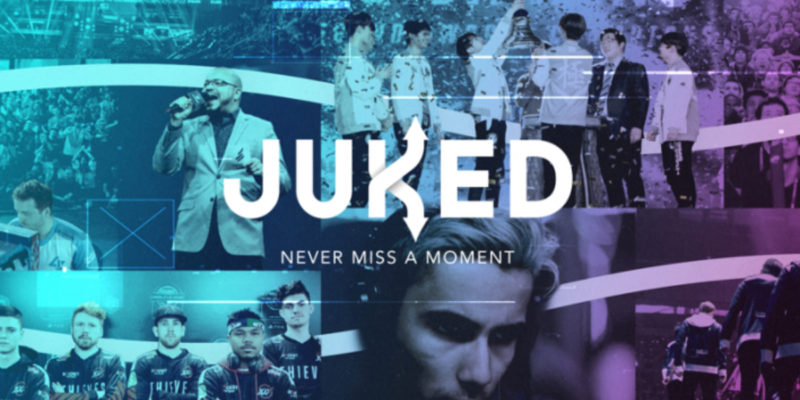 San Francisco esports startup Juked announced in a release today that they have closed a US$800,000 pre-seed funding round.

Filling in the gap

Juked is an online platform that aggregates streams and other info across esports titles. The limited ways to follow major esports events frustrated founders Ben Goldhaber and Chris Chan. In order to address what they identified as a gap in the industry, the pair founded Juked. The goal of the platform is to make it easier for people to follow the scene and become esports fans.

Goldhaber spoke with Venturebeat back in November about how Juked is different than other services on the market. He remarked:

We want to create essentially the best way to watch esports. As much as esports has grown over the last decade, it’s incredibly fragmented and super difficult for any outsider to understand what’s happening. Even if you’re someone like either of us who’s embedded in the community, it’s a pain to stay on top of what’s going on.

They hope this investment will help them accelerate the development of their platform. Above all, this means adding important features like scores, stats, news aggregation, esports team portals, and begin monetization.

500 Startups (a well-known startup accelerator) led the round. Other investors include Mike Morhaime, co-founder of Blizzard Entertainment, Amy Morhaime, former Vice President of Blizzard Esports, MyFitnessPal co-founders Mike Lee and Albert Lee, among others. The round also included the AngelList syndicate Noveus Capital in addition to friends and family.

Esports streaming and broadcasting companies seem to be receiving a lot of attention as viewership continues to rise. For example, in September of last year, Logitech acquired Streamlabs for US$89 million in cash. It will be fascinating to track which of these companies actually disrupts the current streaming ecosystem.