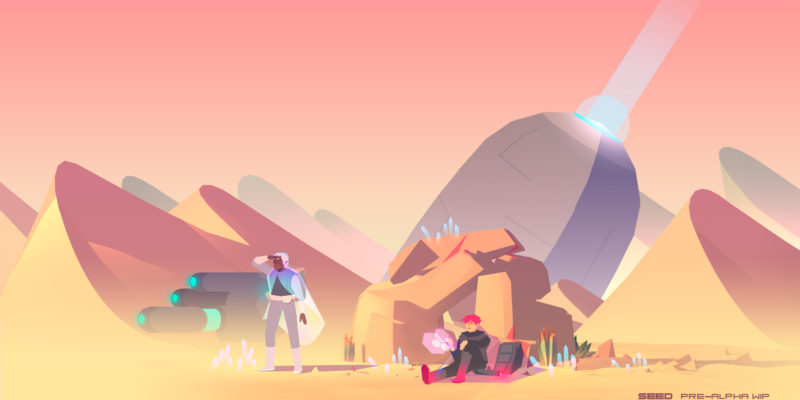 Many of these partners are repeat investors. Makers Fund led the first round of investments in Klang back in May 2018, which totaled $5 million. Firstminute, Neoteny, and Novator became investors in May as well. Mosaic Ventures, which contributed to previous rounds of funding, opted not to take part in the Series B. In July 2018 Klang raised an additional $8.95 million, led by Northzone.

We are thrilled Novator and Lego Ventures are making this big bet on us and for getting [Novator board member Birgir] Ragnarsson on as our Chairman – he truly understands the value of single-shard MMOs and brings his amazing experience from CCP to Klang. Partnering with LEGO Ventures, the global phenomenon of emergent gameplay, is fantastic and aligns perfectly with our vision. Finally, we are humbled that our great current investors Neoteny, firstminute Capital, Northzone, and Makers Fund are joining the round as well and couldn’t be more excited to have the fuel to deliver SEED without compromising on its very big vision.

Klang’s Seed one in a handful of remaining SpatialOS projects

Seed, Klang’s current high-profile project, is a massively multiplayer game that will be heavily AI-driven. It will task players with overseeing the lives of artificially intelligent “seedlings” all with their own needs and desires, whose behavior will continue even after players have logged off. Although experimental, it will be similar to Maxis’ The Sims, if the titular characters’ digital lives continued to unfold even in their players’ absence.

Due to its massively multiplayer nature, Seed is being developed in Improbable’s SpatialOS, a platform designed to enable high-demand multiplayer computations.

Improbable has been having a tumultuous year. In May, UK developer Bossa Studios shuttered its SpatialOS-developed MMO Worlds Adrift when the title failed to attract a sustainable audience. Earlier this year, Unity changed its terms of service specifically to disallow games developed with its software from coordinating with SpatialOS. However, Improbable was able to resolve the issue. In July, the aspiring 1,000-player battle royale title Mavericks: Proving Grounds, another highly anticipated SpatialOS title, was canceled when its developer entered administration. Finally, just this week, London-based Split Milk Studios killed Lazarus, yet another ambitious MMO developed with SpatialOS.

Seed is among the few high-profile projects remaining for SpatialOS, which went into open beta in February 2017.

Update: An Improbable spokesperson reached out to Gaming Street and stated that there are still several games in development using SpatialOS. They include two internal projects being developed by Improbable, Scavengers by Midwinter Entertainment, and NetEase’s virtual reality MMO Nostos, which is in the process of including SpatialOS integration.

Note: Information regarding Unity’s change of service has been updated from the original text. Mosiac Ventures also continues to be a partner even though it did not contribute to the Series B funding.