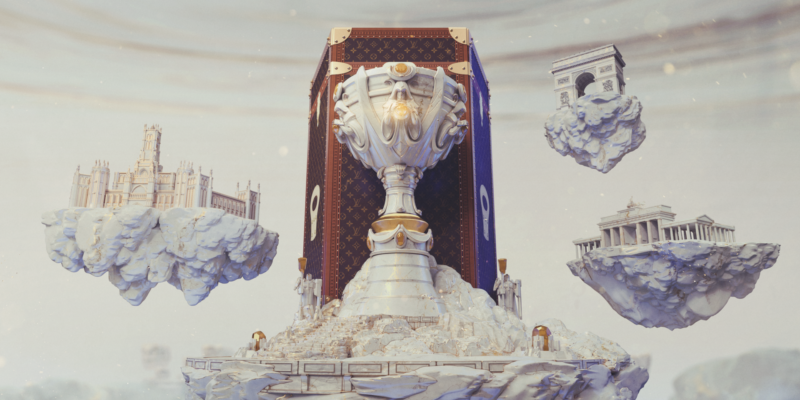 “We are honored to have Louis Vuitton as an official partner with designs to impact the look, feel, and prestige of our most prominent League of Legends event,” Riot Games head of global esports partnerships Naz Aletaha said in a statement. “This is a historic partnership that speaks to the impact Riot Games and League of Legends has had on the industry over the past nine esports seasons.”

Louis Vuitton has designed trophy travel cases for the FIFA World Cup, Rugby World Cup and America’s Cup. Now it is turning that skill to esports for the first time by making a case that will house the League of Legends Summoner’s Cup. The case will integrate the couture house’s classic design along with high-tech elements taken from the game. The trophy will be awarded on November 10 in Paris.

The brand is also working on a digital assets, including character outfits, and will bring the game’s style into a limited edition line of essential clothing items that will be designed by Louis Vuitton’s artistic director of women’s collections Nicolas Ghesquière.

The collaboration shows how far esports has come in earning mainstream acceptance, expanding the brands associated with the industry well beyond the makers of video game hardware, energy drinks, and snack food. That expansion is sure to continue given the massive growth in esports tournaments around the world has led the industry to eclipse both the revenues and prize pools of some traditional sports organizations.

Apparel brands have specifically found an opportunity to reach older, more affluent gamers who are looking for ways to express their love for their favorite games while still maintaining a professional dress code. Another recent collaboration involved Barking Irons designing a premium line of clothing and bags based on Rockstar Games’ hit Red Dead Redemption 2.