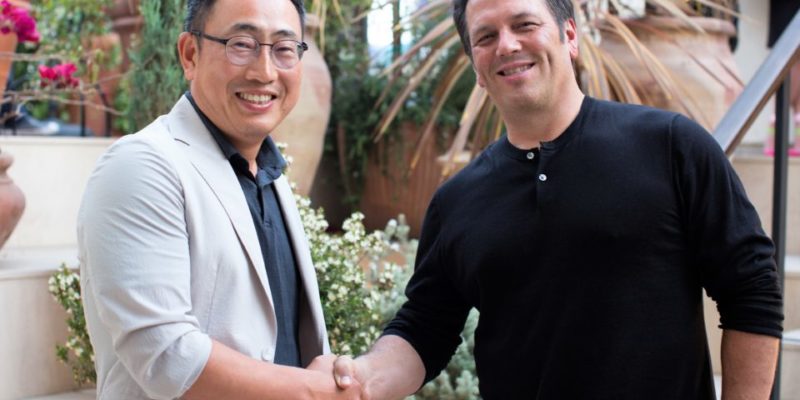 “Microsoft’s approach to game streaming combines nearly 40 years of gaming experience with investments and resources from Azure, Microsoft Research, and other business groups across the company, allowing us to reach gamers around the world,” Microsoft executive vice president, gaming Phil Spencer said in a statement. “Partnerships like the one we announced with SK Telecom are critical to continuing that trajectory and moving the gaming industry forward, starting with the incredibly engaged gamers and game studios in South Korea.”

The deal will allow users of xCloud, which will be released in October, to stream games on their mobile devices using SK Telecom’s 5G network. The company is South Korea’s leading mobile provider, with more than 1 million subscribers. The agreement was made in June and the companies have been collaborating on projects relating to AI, cloud computing, and 5G since May.

“We expect to take customers’ mobile gaming experience to the next level by combining SK Telecom’s 5G competitiveness and Microsoft’s strength in cloud and gaming,” SK Telecom vice president and head of mobile network operator business Ryu Young-sang said in a statement.

Securing a key international market will help Microsoft compete with Google, which is launching its Stadia game streaming service in November. According to a 2018 study by Newzoo, half of South Koreans play mobile games and they spent a total of $5.6 billion on those titles last year. xCloud will give players access to generations of Xbox games on their phone and eventually on their Xbox consoles and PCs. The mobile-first strategy will allow Microsoft to more easily reach a new audience which could potentially translate into sales of the hardware needed to play its newer titles.