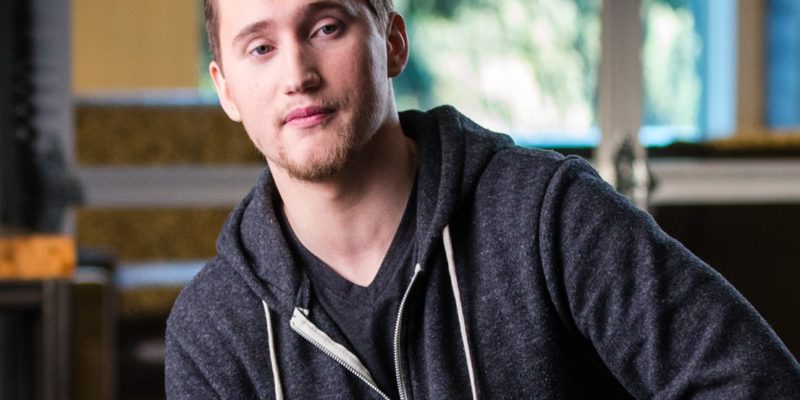 “I’m proud of my achievements with the Mixer team and my time at Microsoft,” Boehm said in a statement. “I’ve learned so much from so many talented engineers and designers; it’s such an amazing team and I’m so humbled to have been a part of it. I’m excited about the future of the Mixer platform, but now I’m giving my focus to new projects I’m involved in, with the aim of continuing to develop the industry and its communities.”

One of those projects is Gamer Goo, a startup that makes lotion to help keep gamers hands dry while they play. The company has been sponsoring streamers on Mixer and Twitch and Boehm was recently appointed to its board of directors.

Boehm co-founded Beam with Matthew Salsamendi in 2014 and began working at Microsoft in 2016 after it purchased the company and renamed it Mixer. Beam won the 2016 TechCrunch Disrupt NY startup competition. The same year Boehm received a Thiel Fellowship, a highly competitive two-year program designed to help students dropout of school to pursue work including founding startups and conducting scientific research. Boehm was also included in the 2018 Forbes 30 Under 30 list and received a 2017 Popular Mechanics Breakthrough Award, which is given to young people changing the science, technology, or engineering industries.

Microsoft has been making an aggressive push to expand Mixer’s profile to compete with Twitch, Facebook and YouTube Gaming. In August, it signed a deal with one of Twitch’s biggest stars, Tyler “Ninja” Blevins, to have him exclusively stream on Mixer. In an interview with Business Insider, Jessica Blevins said her husband chose Mixer over Twitch because he’d grown tired of the toxic chat he was encountering within the Amazon-owned service and Mixer placed fewer restrictions on his licensing potential. Ninja is now dominantly Mixer’s top streamer with 2.3 million followers.