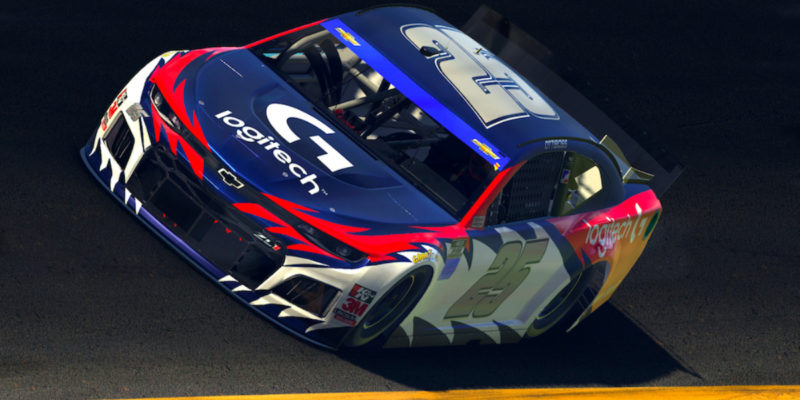 Logitech G continues to show its commitment to growing the eracing market. In 2017, they announced a similar partnership with professional driver Fernando Alonso and G2 Esports.

Vincent Borel, Logitech G general manager and vice president of simulation commented on the deal in a release:

It was clear from the start that we both want to see the sport of eracing to grow and encourage more people to race. Today sim racing democratizes motorsports like never before. We are thrilled to partner with William and his iRacing team and look forward to working together on building and growing the sport of eracing.

Return To His NASCAR Roots

Byron is no stranger to iRacing, as he has been actively competing on the platform since the age of 14. The 22-year-old NASCAR champion credits much of his success and passion for NASCAR to his time on the game. William Byron also commented on the new deal:

Every young driver is a gamer at heart, for me, it started when I was a kid racing in my bedroom using Logitech G’s steering wheels. For me, playing games in my room and then going on to compete on the iRacing circuit played a key role in becoming the racer I am today, and it continues to evolve into an integral part of the work we do today. Now starting my own team and working with Logitech G to make it happen, is a dream come true. This is a great way for me to give back to a community that helped to launch my own career.

The partnership will debut at the virtual Daytona International Speedway on Feb. 11. You can catch the race live on iRacing‘s Twitch, Youtube and Facebook pages at 9 PM ET/6 PM PT.