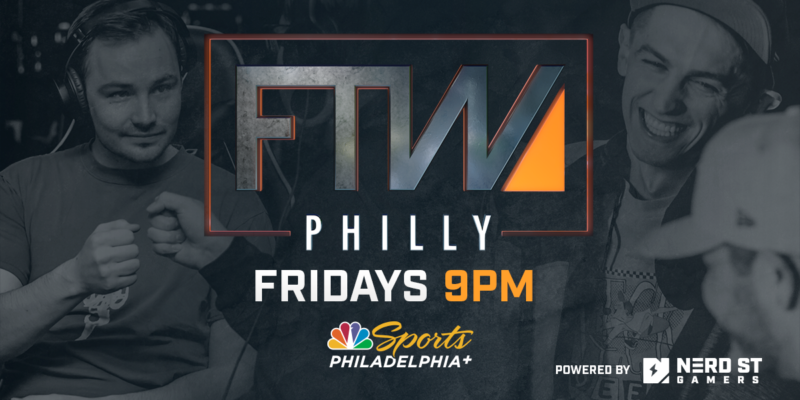 American commercial radio and television network NBC (NASDAQ: CMCSA) announced it has given the greenlight for esports infrastructure company Nerd Street Gamers’ ‘FTW Philly’ series. The 10 episode season will focus on competitive gaming in the Philadelphia region, which includes the area from Harrisburg, Pennsylvania to Atlantic City, New Jersey. The series is being produced by local integrated video production studio Maestro Filmworks.

“Philadelphians might not be aware, but the region is quickly becoming a major hub for all things esports. We’re showcasing the excitement of esports to both gamers and non-gamers alike,” said John Fazio, CEO of Nerd Street Gamers, in a release. “This series is a win for the community, and will further our company’s mission to make esports more welcoming and accessible to all gamers.”

“The interest in esports is spurring fandom across the Philadelphia region,” said NBC Sports Philadelphia Senior Director of Strategic Initiatives Todd Berman. “By creating FTW Philly, we can provide a home so that gamers and non-gamers alike can rally behind the exciting stories that are sure to pique the interest of all sports fans.”

The series on NBC will follow traditional live-action sports that are partnering with esports, national tournaments in the area like the Harrisburg University Esports Invitational, and showcase the development in the area. This includes the recently announced $50 million Philadelphia Fusion Arena which will open in 2021. The Fusion Arena is owned by American sports and entertainment company Comcast Spectacor and adjacent to entertainment space Xfinity Live at the South Philadelphia Sports Complex.

The ‘FTW Philly’ series will debut every Friday at 9 pm EST on NBC Sports Philadelphia. It will also be available on live streaming platform Twitch and video sharing platform YouTube.