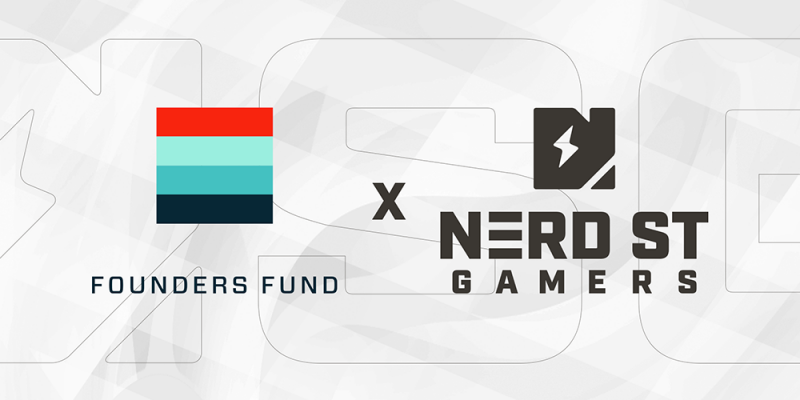 Esports infrastructure and events organization Nerd Street Gamers has raised US$11.5 million in additional funding, led by San Francisco based venture capital firm Founders Fund. This funding is going towards expanding its digital esports platform that has had success so far during the pandemic while their esports facilities have been closed. They have previously raised US$12 million in an effort to build esports facilities that host leagues, training camps, tournaments, and showcases.

Nerd Street Gamers CEO John Fazio commented on the deal in an article with Esports Insider: “Nerd Street being added to Founders Fund’s portfolio of industry-pioneering organisations is one of our greatest honours to date. Within minutes of meeting Brian, it was clear that he was profoundly aligned with our vision and mission. Backing us during the uncertainty of a global pandemic is a testament to Brian’s bold foresight and an incredible validation for our entire team.”

The pandemic has caused Nerd Street to close their Localhost facilities, but they quickly adapted to a digital platform through online tournaments, coaching, camps, and Nerd Street+, their subscription service. Nerd Street hosts events for a number of games, but have made the most noise with their involvement in Valorant tournaments, specifically being selected to operate the first stage of the Valorant Champions Tour, and their recently completed Valorant Winter Championship Tournament which saw Luminosity Gaming come out on top.

Thanks to its successful shift to a digital platform throughout the pandemic and facilities closures, Nerd Street was able to increase its membership by over 200% since 2019. And in the last year their Twitch channel, which live-broadcasts its tournaments, saw a 4,000% increase in minutes watched and their followers go from 13,000 to over 120,000.

Venture Beat caught up with Fazio regarding the closing of its Localhost facilities and their shift towards a digital platform: “One major way we’re addressing the current climate is through our new digital subscription service. Because we’ve had to shut down our physical venues during the pandemic, we are truly seeing now more than ever the severe access gap in technology for young people across the country to participate in remote learning, let alone play games, because of a lack of home internet access. To address this, Nerd Street Gamers recently announced a subscription service that ensures that students and gamers will have the affordable access to the technology necessary to participate in the awesome social opportunities that esports can provide despite the pandemic (and beyond it).”

With the overall digital shift of gaming and esports, Nerd Street Gamers is in a prime position to capitalize on the opportunity and Founders Fund clearly believes it. With this new funding, Nerd Street should be more than capable of continuing to grow their digital platform and consumer base, and once they can reopen their Localhost facilities they will have two primary sources of growth and revenue to build upon.