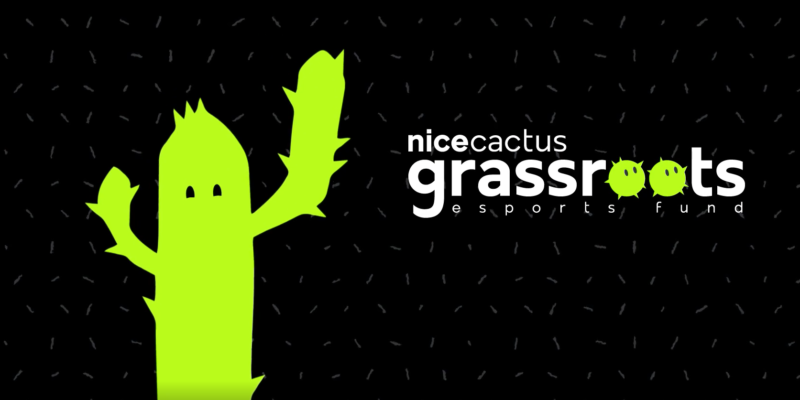 Competitive gaming platform nicecactus.gg announced it has raised €5M million ($5.5 million USD) in its Series A round. Formerly known as Esport-Management.com, the French company also revealed the launch of a €1 million ($1.1 million USD) Nicecactus Grassroots Esports Fund to help support amateur and semi-professional players in the early stages of their career.

The Series A round was raised by a group of private investors, with no information disclosed about its financial details. In addition to the Nicecactus Grassroots Esports Fund, the funding will be used to help build the company’s product offering, hire new talent in North America and Europe, and scale its business.

“Our promise to the grassroots community is that nicecactus.gg helps players realize their true potential within competitive gaming,” said Nic van ‘t Schip, Marketing Director at Nicecactus. “We do this by offering regular cash prize tournaments, providing access to pro esports guides and – in the near future – offering unique training games for our players to train and assess their progress.

Nicecactus currently offers a freemium and premium model for coaching sessions, tournaments, and professional guides. These are written by esports players for titles like Counter-Strike: Global Offensive, League of Legends, and FIFA.

Through the Nicecactus Grassroots Esports Fund, the company will support esports athletes by providing financial sponsorship to attend tournaments and boot camps for professional training. Interested players can apply to the fund by completing a list of achievements and challenges through the website, before being considered based on performance.

“We deeply believe that if esports wants to enter the next stage of growth, it must be catered to and fostered at the grassroots level,” said Alexandre Amoukteh, co-founder of Nicecactus. “By starting the Nicecactus Grassroots Esports Fund and raising additional capital to help unleash the full potential of every esports athlete, we further solidify our commitment to finding and raising the next generation of esports athletes.”

Nicecactus currently has 460,000 registered users on its platform. The platform also has partnerships with gaming organizations and brands like G2 Esports, AS Monaco, Magic Gaming, and DreamHack. Registration for the Nicecactus Grassroots Esports Fund has started, with the first grants being issued on February 27, 2020.