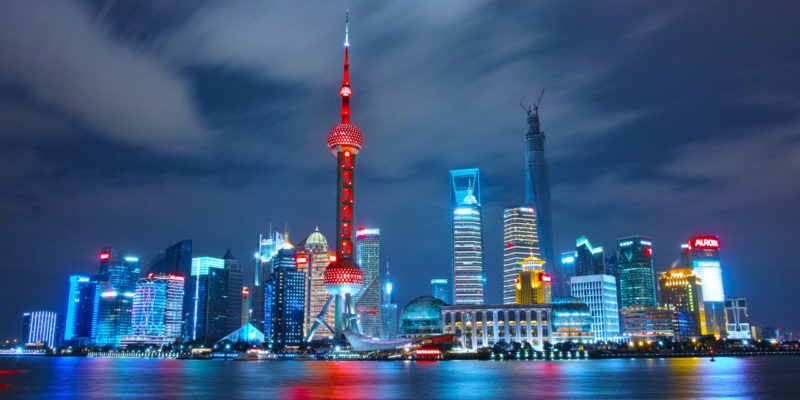 Nintendo (TYO: 7974) and Tencent (HKG: 0700) will host a joint press conference in Shanghai on August 2 to discuss the launch of the Nintendo Switch in China.

The partnership was first announced in April. At the time it was revealed that the Switch would be distributed with a “test version” of New Super Mario Bros. U Deluxe. In the wake of the announcement Nintendo’s stock climbed 17 percent. This was the stock’s greatest surge since July 2016, when augmented reality mobile game Pokémon Go was released.

Tencent senior vice president Steven Ma and Nintendo senior executive officer Satoru Sabata will both be in attendance at the event. The Pokémon Company, which is partially owned by Nintendo, and Tencent announced earlier this month that they would collaborate on a new Pokémon game to be developed by Tencent’s in-house TiMi Studio Group.

China has one of the largest games markets in the world — in 2016, revenue from digital game sales totaled over $24 billion USD. However, only about 1% of that revenue was generated from the sale of console games, with the overwhelming majority of it coming from sales of mobile and PC games.

Video game consoles were banned in China from 2000 to 2015 due to government concerns that video games were dangerous for the mental and physical health of children. The ban did not cover PC games, allowing the PC market to achieve dominance in the country. In 2014 the ban was partially lifted, with sales and operations being permitted in Shanghai, and in July 25 the ban was lifted entirely.

Microsoft (NASDAQ: MSFT) released the Xbox One in China in September 2014, and Sony (TYO: 6758) followed shortly after, releasing the PlayStation 4 there in January 2015. In the years since their releases, both consoles have failed to find significant purchase in the Chinese games market. In 2015 the two consoles sold a combined total of just 550,000 units.

Historical underperformance of consoles in China

Microsoft and Sony’s consoles launched at unusually high price points, the Xbox One costing 3,699 yuan ($568 USD) and the PlayStation 4 costing 2,899 yuan ($468 USD). The average monthly salary in China in 2015 was equivalent to about $700 USD, putting console gaming out of the reach of the average Chinese consumer. In addition, by 2015 PC and mobile games were already deeply entrenched as China’s preferred gaming platforms, favored for convenience and relative affordability. Strict government regulation has also resulted in consoles having shrunken and censored game libraries in China. In 2015, only 54 PlayStation 4 titles were approved for sale by the Chinese government, compared to the over 1,000 titles available internationally.

Nintendo might be hoping that partnering with Tencent will help the Switch achieve greater market penetration than the PlayStation 4 and Xbox One. The console’s ability to transform into a more convenient handheld system, and the impending release of the portable Switch Lite, may also make Nintendo’s offering more palatable to the mobile-friendly Chinese market.