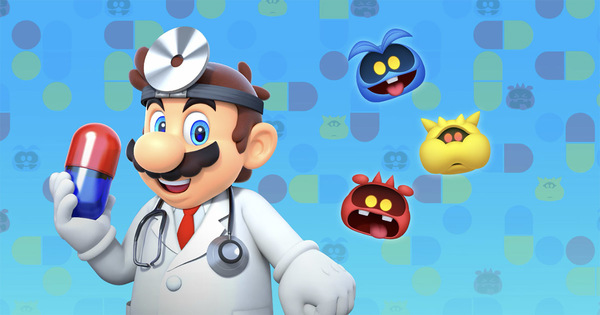 Nintendo’s newest mobile game Dr. Mario World, which launched on July 10, is off to a relatively strong start, which is good news for the video game company as interest and sales in portable consoles such as the 3DS continue to wane. Data gathered by Sensor Tower reveals that the game was downloaded and installed 7.5 million times, bringing in an estimated $1.4 million in revenues in its first month.

The free-to-play game, co-developed by LINE, the mobile title based on the classic Nintendo console game averaged about $0.19 spent per install during its first month across the Apple App Store and Google Play. That places it ahead of some of its rivals that rely on well-known IP for their games.

Specifically, Sensor Tower names Jam City’s Snoopy Pop+, which launched in July 2017. Dr. Mario World’s revenues were 40% higher than Snoopy’s first month. But that’s balanced out by how one of Jam City’s other 2017 titles, Family Guy: Another Freakin’ Mobile Game, grossed $900,000 more than Dr. Mario World in its first month even though Nintendo’s game had 57% more downloads. Sensor Tower then stated that both of Jam City’s games went on to gross an estimated $16 million and $47 million, respectively, in all markets. 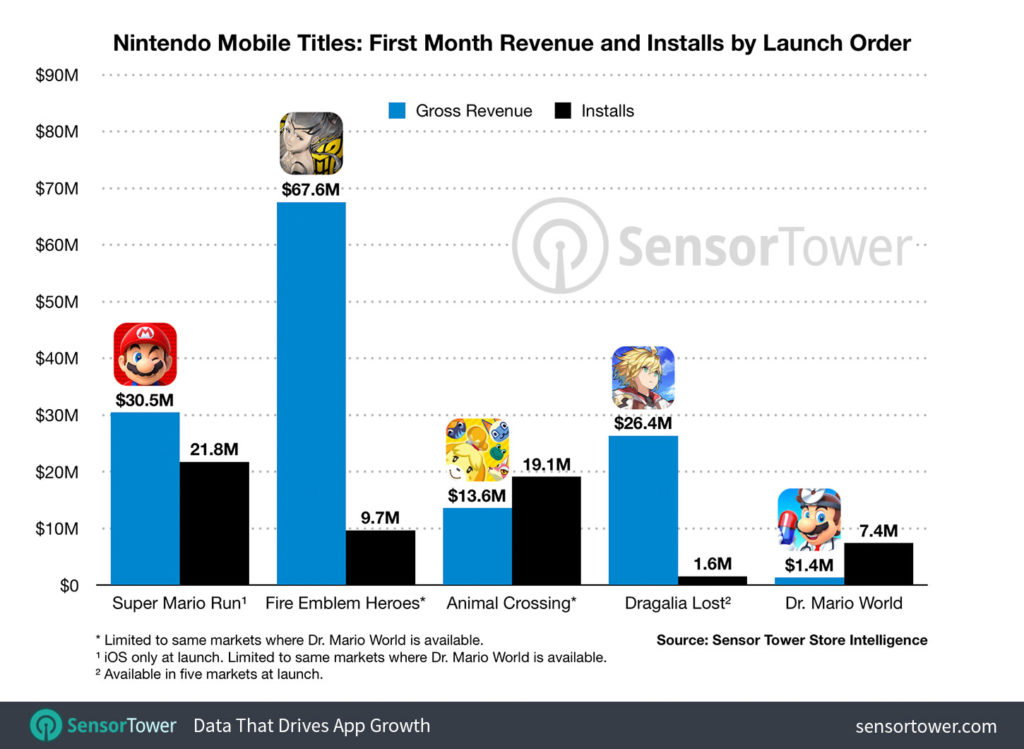 However, Dr. Mario World comes in last place in terms of first month revenues when compared to previous Nintendo mobile titles. Nintendo’s fastest-growing title so far is Fire Emblem Heroes, which pulled in $67.6 million from 9.7 million installs in its first month when it launched in 2017 – 44 times more.

Dr. Mario World had 5.8 million installs than last fall’s Dragalia Lost, but that game was only available in five markets when it launched.

In Dr. Mario World, player match capsules of the same color to defeat different viruses, similar to match-3 games such as Candy Crush Saga. Levels become more complex as players advance. Player’s are free to play for as long as they like, but can only do so by spending a heart, which refills over time. Players can choose to get more hearts, along with other in-game characters and items, by purchasing Diamonds with real-world money. Alternatively, players can also purchase in-game items by earning coins through gameplay.

Some players have criticized Dr. Mario World‘s emphasis on microtransactions, especially given that Nintendo’s first mobile game, Super Mario Run, was a premium title that offered unlimited gameplay for a flat $9.99 purchase. At the same time, Sensor Tower revealed that global revenues from in-app purchases reached an all-time high of $39 billion in the first half of 2019, up 15% year-over-year.