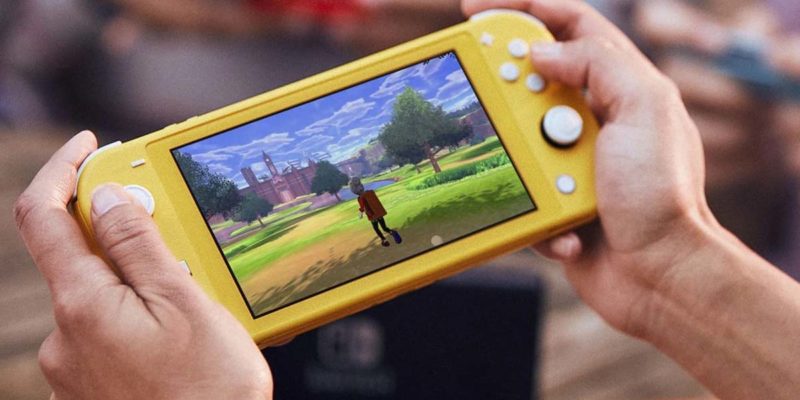 Borrowing from its two-year-old counterpart, the Nintendo Switch, the Switch Lite is a brightly colored handheld-only console. The main differences is that the Lite doesn’t connect to a television, has built-in controllers instead of removable ones, and sports a slightly smaller screen that measures 5.5 inches versus 6.2 inches. However, the most important difference is that the Switch Lite will cost $199 when it releases in September. That’s $100 less than the Switch while still being able to play its entire library of games.

However, this sense of optimism could be offset by some potential design issues with the handheld device. One major problem is that some games are specifically designed to make use of detachable controllers. Additionally, Nintendo admitted that the handheld console only offers slightly better battery life compared to the Switch, even though it’s smaller. These issues might reduce the Switch Lite’s appeal for some consumers. But Piscatella asserts that the price alone is enough to attract buyers, making it a hot item this holiday season. “There are people who want handheld only and at the lower price point, the Lite makes a lot of sense to me,” Wedbush analyst Michael Pachter explained. The Switch Lite creates a larger “addressable market” of consumers who don’t want to pay the extra money for a Switch.

Nintendo has enjoyed tremendous earning in recent years, based largely on the success of the Switch console. The company announced earlier this year that its year-over-year sales grew 13.7% to 1.2 trillion yen ($11 billion) while operating profit grew 39% to 194 billion yen ($1.8 billion). However, that information is tempered by its 2020 fiscal year guidance, which predicts sales growth slowing to 4.1%. At the same time, Nintendo said that profits would decline by 7.2% compared to the previous fiscal year. The company attributes this potential decline to slowing demand for its Switch and 3DS gaming devices.

Nintendo didn’t say whether its guidance will change with the recent reveal of the Switch Lite. But Pachter believes that the Switch Lite will lead to higher combined sales for Nintendo hardware, meaning that Switch sales may see growth after the Switch Lite launches. According to Piscatella, the less expensive handheld will reach “a large and relatively untapped audience of younger players” who want to game on a budget. He also said that the Switch Lite may provide a “significant upside” for Nintendo’s financials in 2019 and beyond.