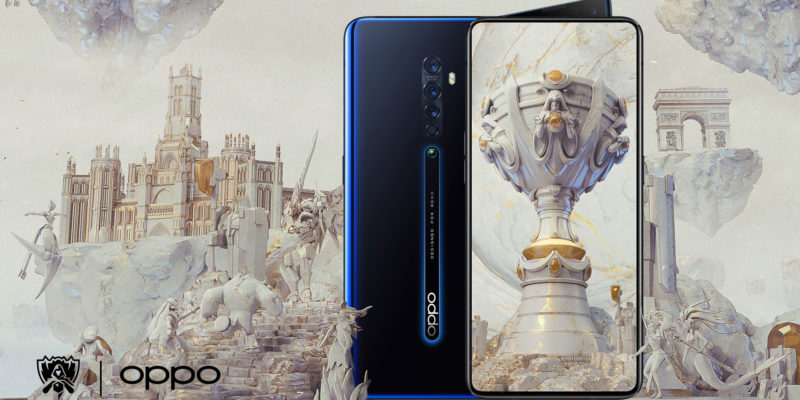 Chinese mobile communications company OPPO, a subsidiary of BBK Electronics, has signed a deal with Riot Games to be the exclusive smartphone sponsor of League of Legends esports events through 2024.

“Esports is a fast-growing sport globally, and League of Legends has become a lifestyle of many young people in recent years,” OPPO vice president and president of global marketing Brian Shen said in a statement. “As a consumer-centered brand, OPPO always seeks the right way to communicate with young people, our target audience. This is a great move for Riot and OPPO; the partnership will allow us to continue to strengthen our bond with the young as we join them in celebrating the victory of each game.”

The partnership will kick off at the League of Legends World Championship, which starts on Wednesday. OPPO will present the MVP award at that tournament along with the Mid-Season Invitational in May. The company will also enhance live coverage of the event with an OPPO Cam, which will broadcast behind-the-scenes footage and showcase cosplaying. OPPO will also profile teams competing at the World Championships for the first time and run a series of consumer promotions awarding trips to the World Championships, Mid-Season Invitational, and All-Star Event in December.

OPPO partners with several sports teams, leagues and tournaments, including Wimbeldon, the International Cricket League and FC Barcelona, but the League of Legends deal marks the company’s entry into esports.

“To be OPPO’s first esports league partner is a powerful testament to the resonance of League of Legends esports, and we look forward to collaborating together to celebrate the sport, our fans, and the love of the game,” Riot Games head of global esports business development and partnerships Naz Aletaha said in the statement.

League of Legends’ industry leadership was previously reinforced last week by a partnership with Louis Vuitton to design a trophy case for the World Championships, mirroring work that the fashion house does for major sporting events including the FIFA World Cup.